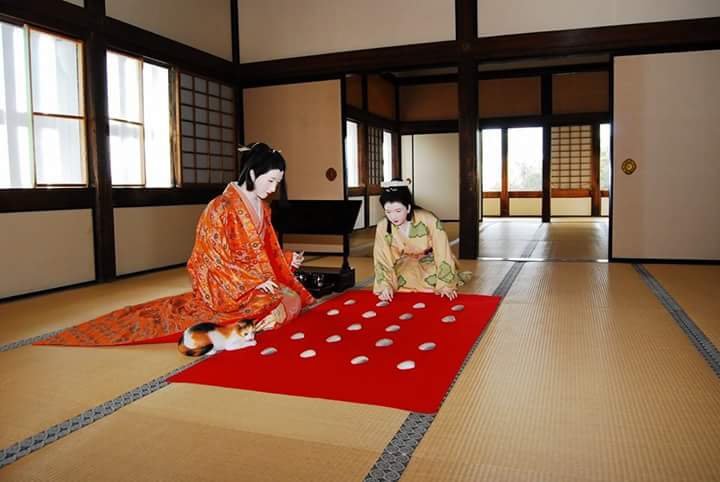 In Himeji, Hyogo prefecture, there is a world-class Japanese castle “Himeji Castle”.

Himeji Castle, also called as Shirasagi Castle, is a sightseeing place registered as national heritage and world’s cultural heritage and there are a number of tourists visiting from within Japan and also from worldwide.

Himeji Castle was built in 1609 and still keeps its original figure after more than 400 years.
Though there are many places to see such as bright white castle wall, 5 layer – 7 floor central keep and small keeps in east, west and Inui, it is known that there were Door-fusuma and Tatami inside Kamoi and Shikii in each floor of each keep.

Himeji Castle is also known as home of the 2nd Shogun Hidetada and his daughter, Sen-hime.
Kesho tower in West fort has large Tatami room and the figure of Sen-hime playing Hyakunin-Isshu with her daughter Katsu-hime is reproduced.

Himeji Castle is also know as the place of monster hunt of Musashi Miyamoto and Okiku well of Banshu Sara Residence.