“Izumo” the country of Gods The land of romance, where you swear eternal love on Tatami 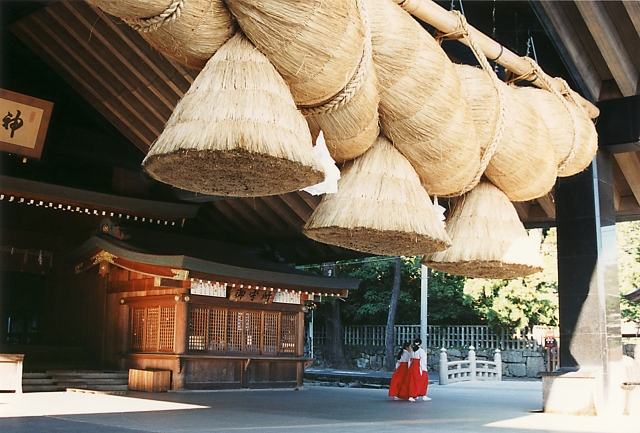 “12 months”
from January to December.
In Japan, people used to used particular
“Japanese names”
to call each month.

For example, October was called
“Kannaduki”
which means the month without God.

This is because all Gods are said to gather in
“Izumo-Taisha”
in Izumo, Shimane in October.
So in Izumo, October is called
“Kamiariduki”
the month with God.

Izumo-Taisha is known as Gods of romance so there are many people who have marriage ceremony here.

“Kaguraden”
where ceremony are conducted, is 270 Tatamis.
In the land of romance, where you swear your eternal love on beautiful Tatami.

You can feel the blessing of Gods.
It’s also famous as a power spot.
“Ooshime-nawa”
of 13m length, 8m width and 5t of weight or the
“Hinomaru”
of the size of 75 Tatamis, there are many No.1 in Japan here.

Would you like to feel the history and scale yourself?