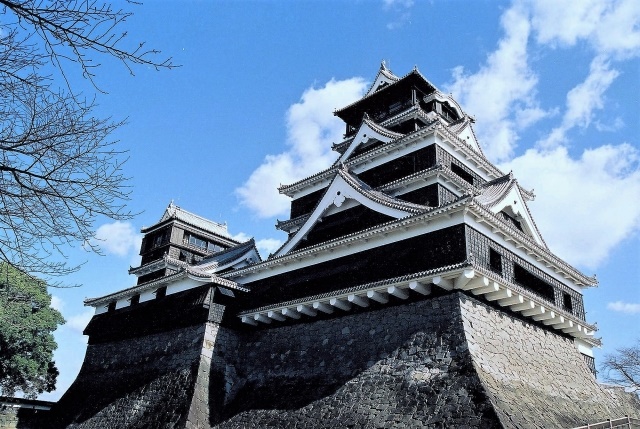 Large earthquake occurred in Kumamoto and its symbol
“Kumamoto Castle”
was largely damaged.

Though there are still lots of inaccessible areas, its figure is famous
and named among the best three castles in Japan.

There are many specifics in Kumamoto Castle such as the stone wall
which becomes sharper on upper part and the main residence with its official entrance in underground way.

Kiyomasa not only paid attention to castle structure.
From his own battle experience, he always stored enough water and food.
It is said that there used be more than 120 wells in Castle property.

It is also famous that there were dried gourd shavings buried inside the wall and edible Tatami.
Generally, straw is used for
“Tatami-Doko”
but Kiyomasa used edible yam rod.

With dried gourd shavings in the wall and yam rod in Tatami, Kumamoto Castle is often called as
“edible Castle”.

It is said that Tatami in the main residence sank caused by the earthquake.
I can’t stop hoping the rapid recovery of the castle and the day we can visit beautiful Kumamoto Castle again.