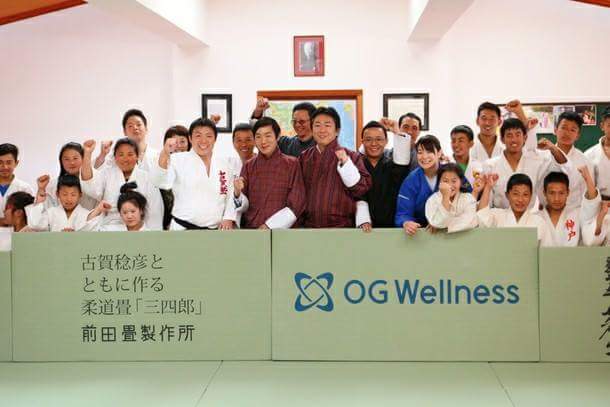 Speaking of Japan, most people will imagine the
“tatami”.

There are so many companies to deal with the tatami because a mode of living in Japan is with the “tatami”.
Some of them contribute to society by the “tatami”.

In 2016, 2 companies in Japan donated about 100 new Judo tatamis to Burthen.
This work was started from a Japanese man.
He taught Judo in Burthen as a Japan Overseas Cooperation Volunteer.

Judo is an international sports in an Olympic game, but its history has just been started.
Children in Burthen trained themselves on matts instead of the tatami.
Training on the mat, instead of the tatami, causes injuries because the mat is too soft
and feet sinked into it.

If they continue to train on it, they won’t master skills correctly.
This man wish that
“I want Judo to ground in Burthen”.

From this thought, he submitted a proposal to
“Kogajuku”
produced by Mr. Minehiko Koga who is a representative Judo player in Japan.

Mr. Koga agreed with this thought and decided to donate the tatami to Burthen,
and then several companies agreed with it collaborated to do it.

In this way, there are several Japanese companies contribute to international cooperation
and childhood education in other countries through the tatami.