When should we exchange the “tatami”? 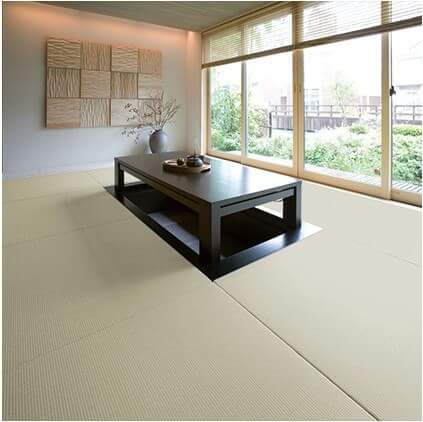 So many of you have interests of Japanese culture and want to experience the
“tatami”
room, aren’t you?

It is recommended to try the tatami into interior at your home.

But do you know that the tatami has the lifespan?

The Japanese traditional tatami made from weaved rush grass on its surface.
When it becomes old, it often shows scratches, fluffs, and sunburns.

Sometimes it’s impossible to be clean if it’s cleaned up.

In Japan, 3-4 years after bought, it’s turned over called
“Uragaeshi”.
It doesn’t only mean just turning the tatami over.

The
“Tatami omote”
with weaved rush grass is only on its surface, so it needs to offer recovering works
to the tatami craft-man.

After
“Uragaeshi”
if the
“Tatami omote”
becomes old, it needs to exchange that parts called
“Omote gae”.

It has done 6-7 years after bought.
Also it needs to offer to the tatami craft-man.

Also the
“Tatamidoko”
a core material of the tatami, becomes old if it goes the number of years.
Then it needs
“Tatamigae”
means renewal the tatami itself 10-15 years after bought.

In other countries, the tatami craft-man isn’t close just unlike Japan.
So the
“Okidatami”
is recommended because it can put on the room like a lag.

Recently it’s not only rush grass material, but also Japanese paper material coated by resin
so that it’s able to use for about 20 years.