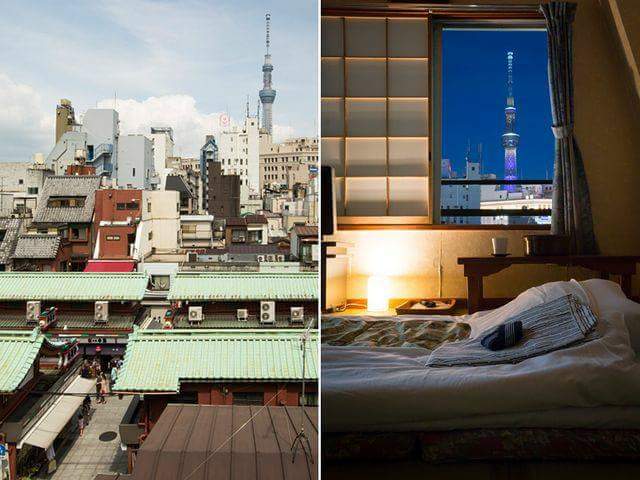 Recently, the number of tourists from abroad to Japan is increased.
It’s suddenly increased in recent years, and it’s more than 20,000,000 people in 2016.
If we compared it with 2014, the number becomes about 4 times higher than it.

If you visit Japan, most of you think the capital city
“Tokyo”.
It is known as
“great city Tokyo”
and it’s not only modern places with high buildings, but also there are many emotional places as Japan.

“Asakusa”
is one of an example.
There are so many popular places nearby Asakusa for tourists from abroad;

“Asakusa temple”
having 1,400 years of history,

“Kaminarimon”
raised as a popular memorial photo spot, and

“Sumida river”
where is very beautiful to cruise by the water-bus.

If you want to enjoy emotional atmosphere as Japan during your journey,
why can’t you chose a Japanese inn with tatami rooms in spite of city hotels or guest houses?

Actually there are reasonable Japanese inns in Tokyo area.

“Japanese inn Mikawaya”
in Asakusa is one of them.
You can sleep with Japanese style that puts a futon on the tatami room.
Even in the morning, you can enjoy
“Wa teishoku”
means Japanese style set menu.

Some guest rooms can see Nakamise street and Skytree from the window.

The charge of
“Japanese inn Mikawaya”
is reasonable;
¥7,500 per a person in one day.

If you visit Tokyo, why can’t you check such a Japanese inn?