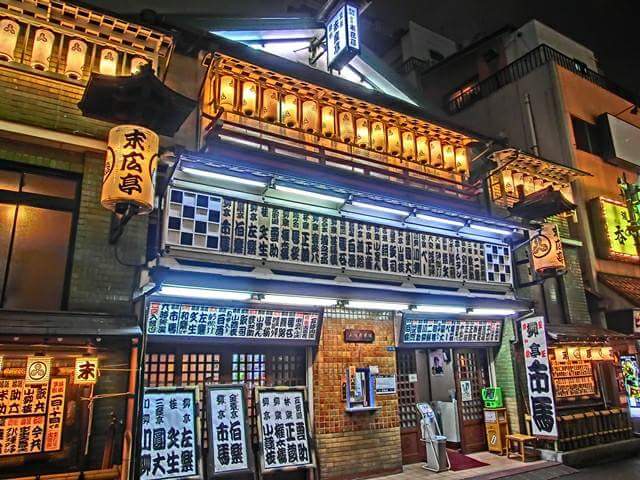 Rakugo is a traditional art established Edo period in Japan.

It didn’t rely on magnificent clothes, materials, and musics, but the
“Rakugo-ka (Rakugo actor)”
on the stage performs several characters by alone with gestures.

That is why it is a traditional art that needs extremely high performance.

A rakugo-ka named
Sanyu-tei Ryuraku
has wanted to expand such Rakugo culture, and he has performed positively abroad since 2008.
He has said he needed
“imagination”
to tell the culture.

Rakugo stimulates imaginations by eyes, looks and gestures.
Exercising the imagination to enjoy is common throughout the world, for example, the Rakugo-ka used a folding fan as a
“pipe”.

By the way, the
“tatami”
is a Japanese traditional culture just same as Rakugo.
Actually it’s often appeared in Rakugo performance.

But if you don’t know manufacturing processes of the tatami from old days,
you won’t enjoy and laugh at stories so that tatami stories are often omitted.

Edo period, established Rakugo, was the
“tatami town”
gathering good tatami craftsmen in Kyobashi, Tokyo and the tatami became the standard.
Even now, you can enjoy Rakugo at a tatami floored hall called
“Shinjuku Suehiro-tei”
in Shinjuku.

This shows good friendship between Rakugo and the tatami.

Because of an
“international Rakugo-ka”
like Ryuraku-san, Rakugo is being known in the world.

Why can’t you enjoy such charms in Rakugo?