A hometown of popular songs, Komoro Japanese houses and Japanese rooms with atmosphere of the literature 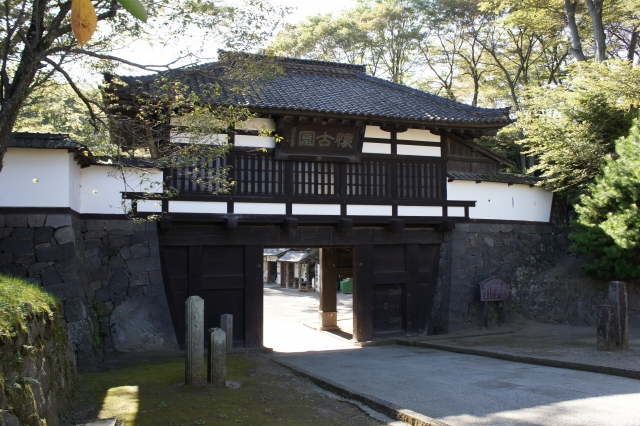 Komoro-jo castle in Komoro city Nagano is located under a city area which is a castle town,
and it’s a very rare structured castle because it can look over the castle from the city area.
There are two gates and they are assigned to important cultural properties.

A park built in the former castle site named
“Kaiko-en”
is famous as a popular spot of cherry blossoms.

And there is a song
“SUKIYAKI”
released more than 50 years ago and spread around the world by a big hit in US and UK.
Its lyric was written from a memory of Kaiko-en when the lyricist stayed in Komoro during the war.

It means, Komoro is a hometown of a worldwide song.

There is a building named
“Honjin-omoya”
near Kaiko-en, and a daimyo during Sankin-koutai took a rest and stayed there in Edo period.
Sankin-koutai is the system of alternate attendance by a daimyo in Edo period,
and it showed loyalty to the government by going and coming from territory area to Edo.

It’s reappeared and reconstructed as possible as it was, and its view point is a tatami floored
“Jodan-no-ma (a room with a raised floor)”
that has toko-no-ma (an alcove) and beautiful sculptures and there is suit with noble people.

There is a great building named
“Honjin-tonya”
to assort carried luggages, and it has tatami corridors.
Each “Honjin” is closed during March, so please remind it.

In addition, there is a Japanese house named
“Suimeirou”
where literatures talked each other till midnight.
The atmosphere of Komoro gives us a wish to walk around slowly.
Why can’t you visit there during cherry blossom season?