“Fighting sport on the tatami” Heated karuta competition in Japan 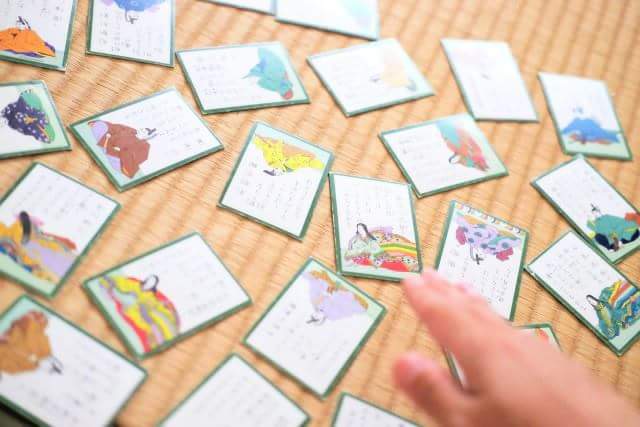 Speaking of
“fighting sports on the tatami”
will you think of Judo?
It is an olympic event and one of a sports played on the tatami.

But on the other hand, there is another heated game on the tatami in Japan.

It is a competition called
“Kyogi-karuta (competitive karuta)”.
“Karuta” is a Japanese traditional card game.

“Karuta” is often played with family members and friends at home and school.
But “Kyogi-karuta” is a serious game.

Players need a sense of speed and an instantaneous force to get cards faster than others, so that this is called
“fighting sport on the tatami”.

On January 2017, a “Kyogi-karuta” competition was held in Morioka,
a northern region of Japan, and there were heated fights.

Since ancient days, Japanese people have been with the tatami.
On the tatami, there isn’t only a relaxing place, but also a fighting place sometimes.