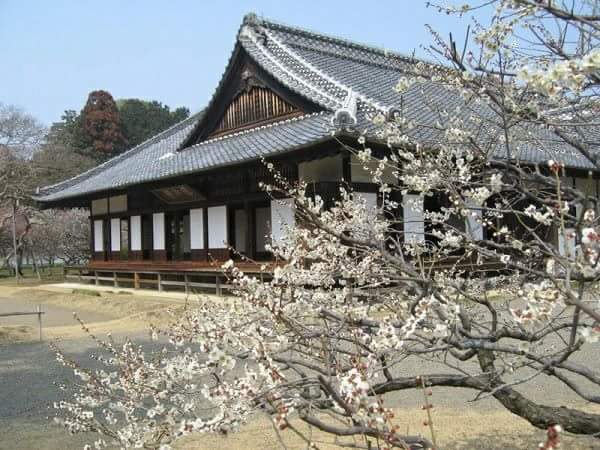 In 1603, Ieyasu TOKUGAWA opened
“Edo shogunate”.
During Edo period, the most influential person was called “Shogun”.

One of them, Mito-Tokugawa family’s residential castle named Mito-jo castle is constructed
simpler than Nagoya-jo castle in Owari and Wakayama-jo castle in Kishu, and a characteristic as a
“government office”
is stronger than
“castle”.

“Former Kyudokan”
in site is a building to be built as a
“Domain school”
in 1841, and some institutions are assigned as important cultural properties.

A lot of students spent their times at ordinary tatami floored Japanese rooms.
Also the 15th shogun Yoshinobu TOKUGAWA was one of them.

We can feel elegance from the tatami, alcoves and hanging scrolls.
When they saw a view beyond opened shojis, I wondered what they thought.

An outstanding garden
“Kairakuen”
located within walking distance from Mito-jo castle, is one of three outstanding gardens in Japan,
and it’s the 2nd largest city park in the world following to Central Park in NY.

Mito is a good town to study.
Just now, plum and cherry blossoms are the best season to see.