On “the spring tatami day”, there is “Tatami-Kuyou (a memorial service for the tatami)” to show appreciations to the tatami 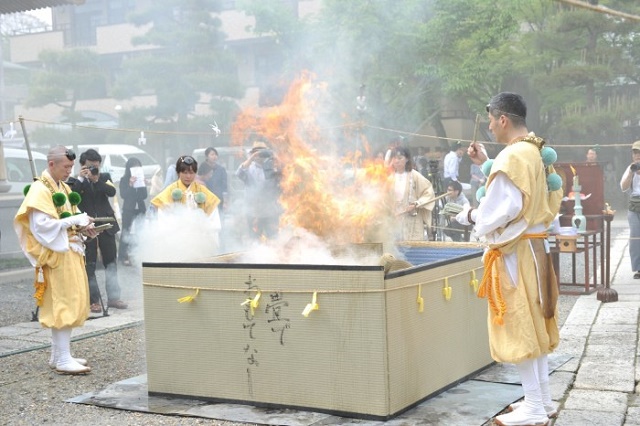 As a Japanese original traditional culture, there is the tatami that has more than, 1,000 years of history.
Since old days
“rush grass”
has been used for the surface of the tatami, called Tatami-omote.

The rush grass is a think, sharp and green plant that grows at a damp area or in shallow water.
April 29 is called
“the spring tatami day”
named after the rush grass grows and spread green on the pastoral site.

In current, April 29 is a holiday in Japan as
“Showa day”.
But in 1989, just after the promulgation of the constitution, it was said
“Midori-no-hi (greenery day)”.

So April 29 is called
“the spring tatami day”
that associated with
“Midori-no-hi”
and
“green color”
by the rush grass.

On the occasion of “the spring tatami day”, Shojokein temple in Kyoto holds
“Tatami-Kuyou”
every year.
It’ll be held on April 28 this year.

To answer an opinion that
“We wish old tatamis would dispose politely because those have beloved memories”
Tatami-Kuyou has been started to show appreciates to the tatami and reconsider good points of the tatami.

On the day
“Goma-Goza”
is held as a part of a memorial service that burns clipped old Gozas (mats) with an optative sentence,
carried by tatami craftsmen around Japan, in the fire surrounded by the tatami.

During this service, tatami craftsmen shoulders new tatamis and surround the fire.

There is Shojokein temple that is called
“tatami temple”
in another word and has more than 1,000 years of history like the tatami.
Tatami-Kuyou is a spring tradition in Shojokein temple.