International contributions by Japanese companies through the tatami 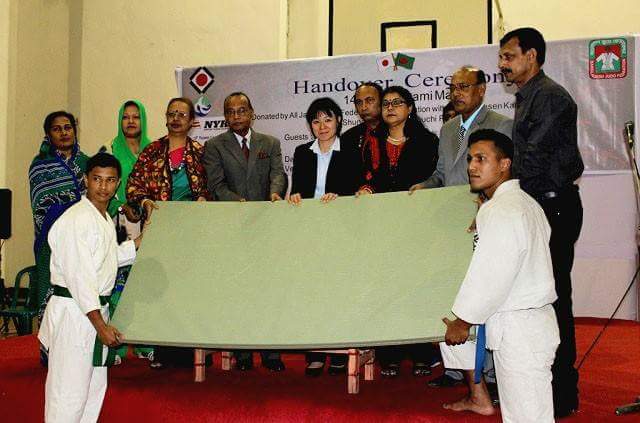 Japan is a country of the tatami.
The tatami is a quite original Japanese tradition.

For Japanese people, it’s connected with the housing, culture, sports and so on.
Also
“Judo”
one of the Olympic sports, is a sport to be done on the tatami.

On January 2017, a Japanese shipping agent
“Nippon Yusen”
did an international contribution business through the tatami for Judo.
It’s to ship more than 850 recycled tatamis for Judo to 6 countries in Asia in free.

Recently in some Asian countries like Bangladesh and Bhutan, teaching Judo to children is popular as an international relation through the sports.
Judo, that is developed in Japan and an Olympic sports, is very popular that people who live in Asia
“want to learn”
it.

But the training environment isn’t well yet in some Asian countries.
Then an idea to gift the Judo tatami from Japan comes up.
Children can train by this cooperation and grow up as a new athlete for 2020 Tokyo Olympic and Paralympic.

It ships the tatami from Japan to abroad.
Children are encouraged through the tatami.
No longer the tatami is only for Japanese people, but also spread around the world with new purposes.