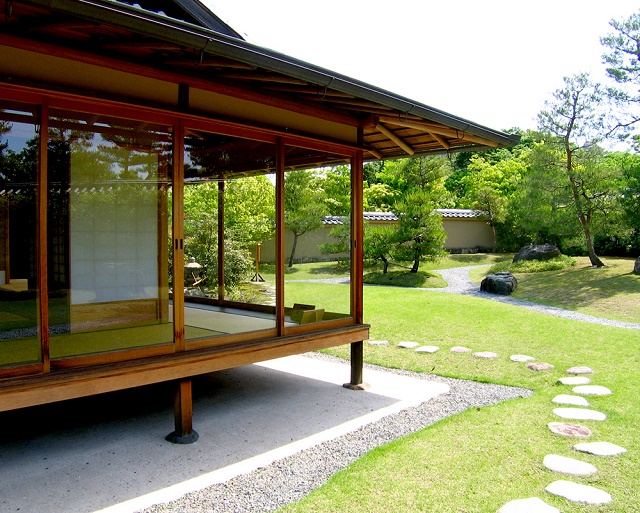 It is the largest prefecture in Kinki area that has a prominent industrial area with rich nature.

On December 1993, Himeji-jo Castle and Horyu-ji Temple in Nara had registered
at the world cultural heritage for the first time in Japan.
Because of its elegant looks like the egret opens wings, it’s also called
“Hakuro-jo Castle (Egret-jo Castle)”.

After a famous military commander Hideyoshi TOYOTOMI built a 3-story castle tower in 1333,
former lords rebuilt it and became the current looks.

Himeji-jo Castle has been repaired on a regular basis to show
“original appearance”.
In 2009,
“the large renovation in the Heisei period”
had been started and it took about 5 and a half years.

On April 2015, the renovated castle was shown.
This beautiful appearance attracts tourists from both in and out of Japan.

Koko-en is located nearby Himeji-jo Castle.
It is a large Japanese garden that has 33,000 square meters of land with nostalgic buildings and tea rooms.

You can enjoy seasonal scenery;
cherry blossoms in the spring, fresh green in the summer, autumn leaves in the autumn,
and snowing in the winter.

There is
“Soujuan”
faced on the castle tower of Himeji-jo Castle.
It’s a calmed tatami floored tea room and reminds a tea room at the samurai residence
during the Edo period.

Inside of the room is built simply and designed from a concept,
an architectural beauty of Japanese traditional culture
“the tea ceremony”.
Please take a rest on the tatami if you tired of walking, and enjoy having Japanese tea and sweets.