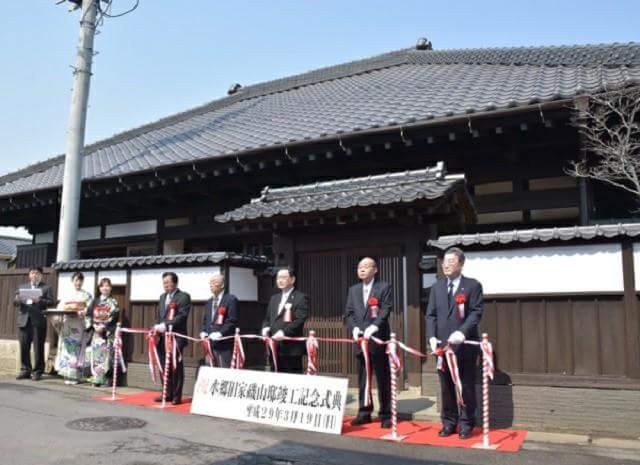 Ikota city in Ibaraki Prefecture is called
“the city of water”
and there is a wooden old Japanese style house in the Meiji period called
“a river side old house
“ISOYAMA house””.

This time the repair works has done and opened to the public.

“ISOYAMA house” is a large and magnificent Japanese house; Site area is about 600㎡and
area of the house is about 106㎡, The inside was used as an exhibition space like the gallery,
and it was observed from the outside to enjoy an atmosphere of Japanese traditional architecture.

This time, however, earthquake-proof works has been advanced so that it’s able to get in the house.
There are 3 tatami floored rooms and a dart floor.
A kitchen, a bathroom, and a toilet are renewed.

In the future, various things will be planed; events to experience very Japanese culture,
cooking events to use the kitchen, various lodging plans.