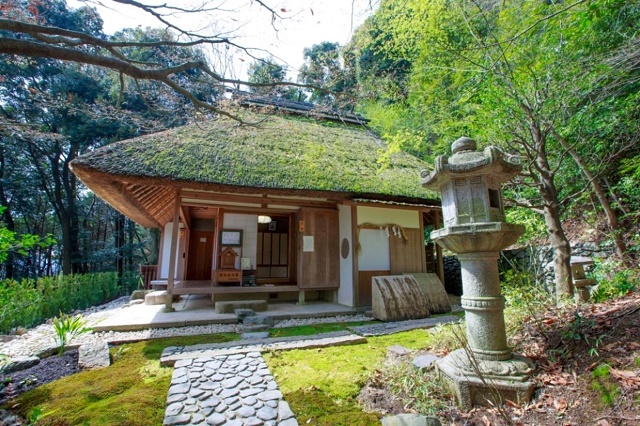 The epigrammatic verse called Haiku is the shortest poem of seventeen syllables
in 5-7-5 syllabic form with season words and shows scenes and emotions.

The beginning of the Edo period, Basho MATSUO was born in Mie Prefecture.
He is a worldwide famous person and called
“haisei”
the god of Haiku.

In March 1689, Basho left Edo with his student Sora KAWAI and started their journey to visit
“strange”
place like Tohoku and Hokuriku areas.
Until arrived at Ogaki Gifu the end of August, about for five months,
a lot of poems to describe about each of historic spots in various places.

And these were gathered to publish a travelogue called
“Oku no Hosomichi (The Narrow Road through the Provinces)”
such a famous work.

Since April 1690, it’s next year of this journey, Basho had stayed at
“Genju-an”
in Otsu city, Shiga for four months.
His life here was written on
“Genju-an no ki”
and this is a well-known work following “Oku no Hosomichi”.

There are site and poem monuments only at Genju-an so far,
but it was reconstructed on October 1991, and then it has been opened to the public without charge.
Its Japanese style house is surrounded by nature.

If you take a deep breath here, you’ll be relaxed.
“Tokutoku no Kiyomizu (spring)”, where Basho cooked and shown at “Genju-an no ki”,
is still streaming through trees.