“Relationships” of Japanese culture through the tatami, the school, and the origami 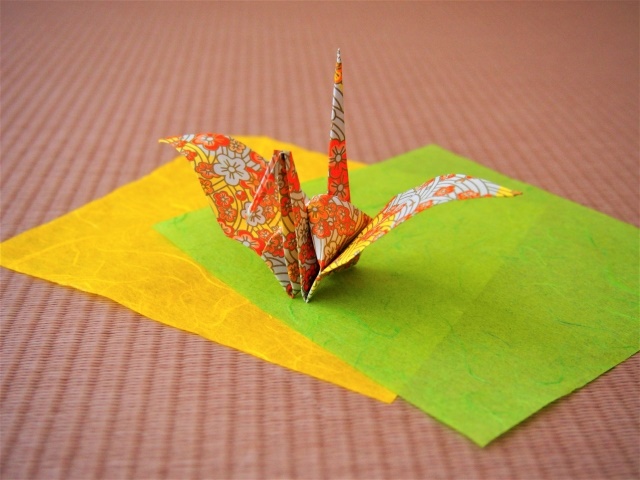 There are some differences between regions, but most school in Japan, there is a habit of changing shoes from outdoor shoes to
“indoor shoes”
for school when people arrive at school.

This is habit of Japanese school.
This is because of Japanese culture that people take off their shoes when they are at home.

This“remain” to “study on the tatami” is remained as “indoor shoes”.

Speaking of Japanese school in the Meiji Period, there was an interesting episode that
“origami”
got a high evaluation as Japanese culture, was taught there.
Since ancient days
“folding the paper”
meant something special and it was used for rituals and festivals in Japan.

But such origami for rituals was being popular for the upper class in the Edo Period,
and furthermore, it was spread for ordinary people.

Then “origami” was taught school girls with “manners” at the high school.
In Japan, there is a custom to send seasonal gift to close people with pleasure called
“Ochugen” and “Oseibo”.

A beautiful cover paper called “Noshi” was putted when it was sent,
and also this might be derived from origami.

The tatami, the school, and the origami.
Very Japanese culture has
“relationships”
each other.