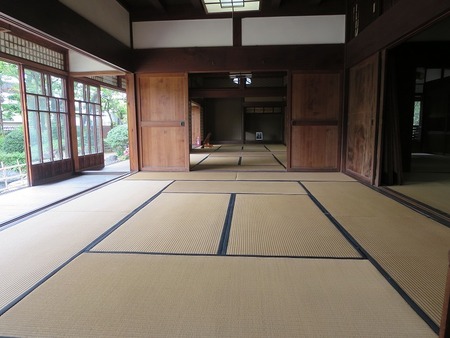 The season to grow
“Silkworm”
is from May to October when they can eat mulberry.
The silk, a material of silk goods with beautiful lustrous to attractive people, is
made from row silk made by silkworm cocoon.

Raise silkworms and getting cocoons are called
“sericulture”
and there is more than 5,000 years of history.

In 200 B.C., sericulture was transmitted from China.
Then silkworms were treated and called
“Mr. Silkworm”
because they produced silks and became a precious income for farmers.

It takes one hour by Shinkansen from Tokyo.
There is
“Tomioka Silk Mill”
in Takaoka Gunma, and it’s known as a largest silk thread factory in the world.
There are a large land, good silk cocoons, clean water, and coals as a fuel.

It was established with every good condition in 1872.
Because of a polite manufacturing method since its start and historical background,
it was registered as a world heritage in 2014.

From Gunma to Saitama, there is a flourished sericulture area around Tomioka Silk Mill and
it’s called
“Jobu Silk road”.
A home of Eichi SHIBUSAWA who is a farmer and good to know about silkworm so that assigned
as a placement chief of Tomioka Silk Mill is located in Fukaya Saitama where is a place in this area.

When Eichi came back to the home, he visited
“Nakanchi”
built in 1895.
Woden doors, shojis (paper sliding door), a veranda, and tatami floored Japanese rooms
at a calmed Japanese style house that reminds those days are opened to the public.

There is ten tatami mats of Japanese rooms.
Eichi would be relaxed on this tatami and healed tiredness of body and mind.

The Japanese room and the tatami give heal and calms.
“Nakanchi” reminds such things.