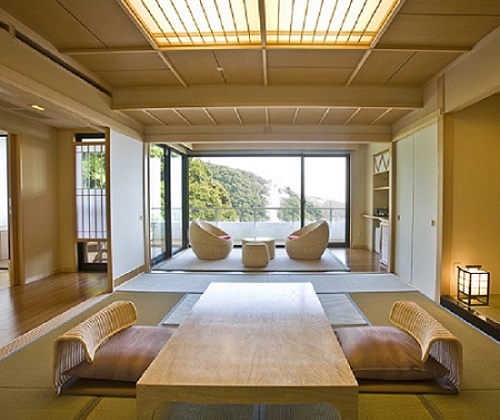 “Honeymoon”
is a trip for the couple who has just married.
The First honeymoon in Japan was done by Ryoma SAKAMOTO, who was a patriot in the end of the Edo period,
and his wife Oryo.

Ryoma tried to overthrow the then government
“Edo shogunate”
and want to the new generation and the new government.
But in 1866, he injured at
“Teradaya”
in Kyoto.
Oryo asked to recuperate her husband and it was accepted by Satsuma Domain in Kagoshima Prefecture.
This recuperation was for three months, and accordingly it became
“the first honeymoon”.

The trip had been started from Mt. Tenpo in Kagoshima city.
The state of Ryoma and Oryo is built there.

From here, they went to Kirishima and he stayed for the longest period at Shiohitashihot spring.
It still remains hot water that Ryoma soaked.

There is no accommodation at Shiohitashi hot spring, but there are a lot of inns
with Japanese-style feeling at Hinatayama hot spring and Kirishima hot spring through their trip.

It is luxury things to heal tiredness at the tatami floored room, and to stretch legs at the large hot spring.

At
“Kirishima-jingu Shrine”
that is famous as a power spot, it is a popular to visit by Japanese wear when it’s booked.

Also Mt. Takachihonomine, that has an elevation of 1,574 meters, is famous as a power spot.

Ryoma SAKAMOTO isn’t well known in abroad, but he is a necessary person in Japan
because he left his footprints.
Following footprints by Ryoma and Oryo and walking around, you can heal your tiredness body
in the hot spring and on the
“tatami”
that is only possible in Japan.

This is the Kagoshima trip to think of the end of the Edo Period.