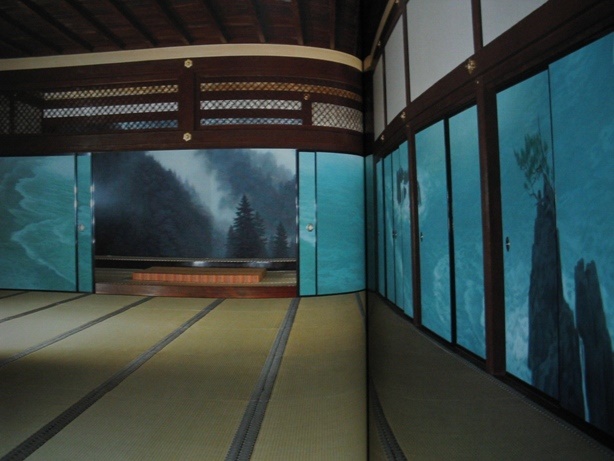 It was more than 1,300 years ago.
The
“capital city”
of Japan was Nara Prefecture, located in south-central Kinki area instead of Tokyo.

The Nara capital city area was called
“Heijo-kyo”
and a lot of temples in this area have had great influencesince the 6th century.

Shosoin Treasure House in Todai-ji Temple is famous of that there are various art works like
“Gosho-no-tatami”
that is the oldest tatami in Japan.

And
“the statue of Buddha”
is very interested in people from abroad as an artwork to show culture in the Nara Period.

Kofuku-ji Temple that has various national treasures like
“the statue of Ashura”
has
“Special Openings for National Treasures in Kofuku-ji Temple”
in every spring (3/15 ~ 6/18 in this year) and autumn (9/15 ~ 11/19).

And
“Toshodai-ji Temple”
that built by Jianzhen who was a priest came from China opened a national treasure
“the statue of Jianzhen”
to the public from 6/5 to 6/7.

Unfortunately the inside of Miei-do Hall won’t be opened till several years later.

The inside of Miei-do Hall is a beautiful tatami floored Japanese taste area.
There isn’t only the tatami, but also
“Fusuma-e (a picture painted on a sliding paper door)”
as a viewing spot that is drawn the nature in Japan for ten years by Kaii HIGASHIYAMA
who is a great Japanese painter.

Miei-do Hall is composed of a marvelous harmony of Fusuma-e that keynoted of blue and the tatami.
We are just waiting for the special opening after reconstructing work.

Statues of Buddha in Japan are very interested in people from abroad.
Why can’t you see them with feeling the history of Japan?