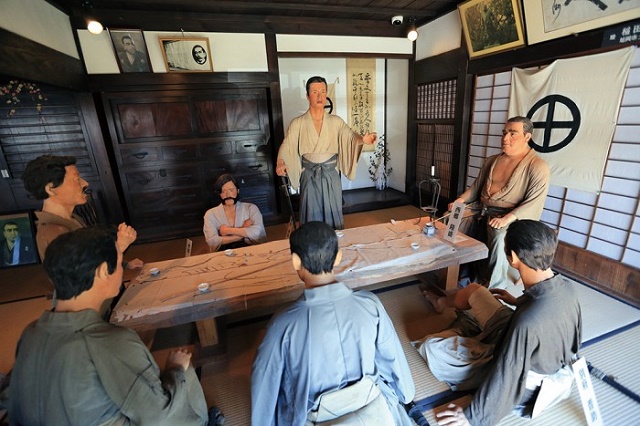 Some time ago in Japan, the samurai, who had a sword and topknot hairstyle, was raised and repeated battles by their forces.
But in 1868, when
“the Meiji Period”
was coming, the social statue of a samurai was declined.

At the end of the Edo Period, Takamori SAIGO, who came from Kagoshima, had an exceptional promotion from
“lower-class samurai”
and succeeded as a leader to establish Meiji Government.
He even put his efforts to establish a private school in his home town, Kagoshima.

He has been loved as a man of virtue because he was kind to anyone and acted for someone all the time.

Mr. Saigo ended his life by killing himself as defeated
“Seinan war”.
He became a leader of
“Rebel Army”
to rebel against Meiji government, established himself before.

He complied with thoughts from younger people who didn’t feel good against the new government.

There is
“Takamori SAIGO’s yadojin-ato museum”
in Nobuoka City, Miyazaki Prefecture.
It is located in Kitakawa Town, Nobeoka City, where is a famous place as
“the last battle place of seinan war”.

SAIGO’s relics and works, and documents of the war are exhibited there. On the tatami floored Japanese room, SAIGO’s dolls are displayed and reproduced “the last meeting”.

When Mr. SAIGO and his fellows left from fierce battle for a moment, how calmness to sit and
sleep on the tatami was. I wish that at least they had relaxed moments on the tatami.

The statues of SAIGO are built in his hometown Kagoshima and Ueno Park in Tokyo.
How is Tokyo looked for Mr. SAIGO?