Yukichi FUKUZAWA, an educator boasted to the world Visit a Japanese traditional house in Nakatsu to feel his root and passions 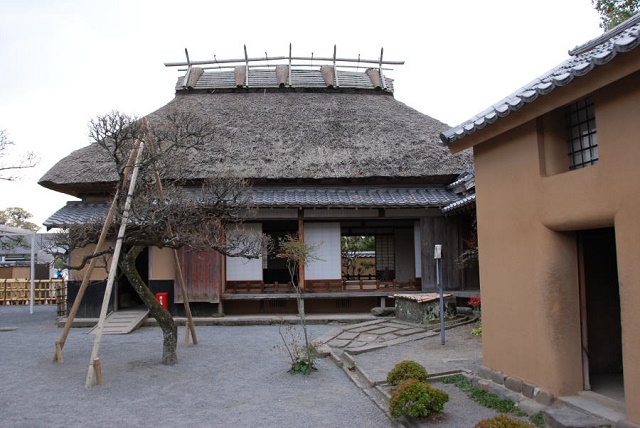 “Heaven, it is said, does not create one person above or below another.”

This is the beginning of a book named
“An encouragement of Learning”
written by Yukichi FUKUZAWA who is an educator succeeded from the end of the Edo Period to the Meiji Period.

This was quoted from
“United States Declaration of Independence”
After this sentence, it was written that This signifies that when we are born from Heave
we all are equal and there is no innate distinction between high and low.

It means that we humans, who are the highest of all creation, can use the myriad things of the world
to satisfy our daily needs through the labors of our own bodies and minds and
as long as we do not infringe upon the rights of others, may pass our days in happiness freely
and independently.

Since 1984, it has been famous that Yukichi’s portrait has been used for
“¥10,000 bills”
that is the highest bill in Japan. In 1835, he was born in Osaka.
Then he moved to Nakatsu City, Oita due to his father’s death at the age of 18 months,
and he had lived there till the age of 19 years. He did mischiefs at shrines, but on the other hand,
he refaced tatami mats and re-papered the paper sliding door.

It means he was mischievous and good with his hands at the same time.

Amazingly, he wasn’t like reading and studying, but when he had started them, he became good.
After learning in Nagasaki and Osaka, he moved to Tokyo.

He went to abroad actively and came back to Japan with foreign cultures.
On the other hand, he established Keio University for cultivation of young people.

As a
“pioneer”
and also an
“educator”
he gave a great influence in current Japan.

In Nakatsu, his former house is saved as
“Yukichi FUKUZAWA’s former residence”
and you can look the Japanese traditional house with tatami floored Japanese rooms, a balcony,
and paper sliding doors.

Next to the residence, there is
“FUKUZAWA memorial hall”
to exhibit various documents like his writing books and photos.
This Japanese house, a root of Yukichi who is an educator boasted to the world is cultivated,
is a valuable historical building to see.