An area of “Eihei-ji Temple” a famous temple of “Zen” training, had a renewal plan 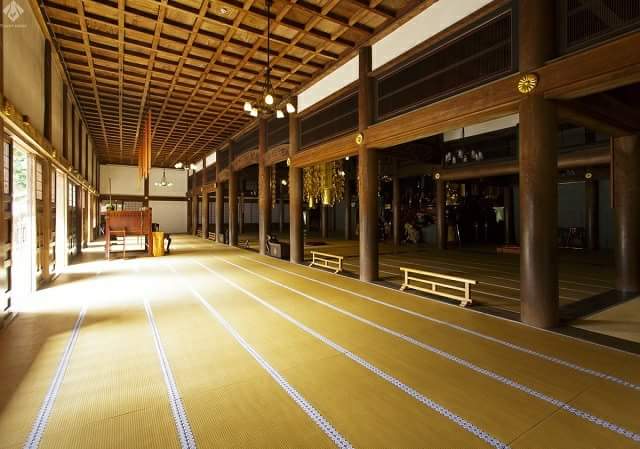 People from abroad who are interested in Japanese culture like “tatami”, “Zen”, and “Japanese foods”
and come to Japan to experience it are rapidly increasing.

“Zen” is the training in Buddhism, however, it hasn’t done among priests.
During the Samurai Period, it had spread to samurai, and the common people.

Zen priests succeeded the world of Japanese traditional culture like the Shodo (calligraphy)
and the literature, and they gave a great influence to develop Japanese culture.

Japanese culture is influenced by “Zen”.

As the head temple of “Zen”, “Eihei-ji Temple”, that is located in Fukui Prefecture, is famous.
It was opened in 1244.
It has more than 700 years of history, and succeeds “Zen” culture.

The area of the inside is about 330,000㎡.
The calmed atmosphere is surrounded by 700 year-old cryptomeria.

Even now, more than 150 priests are training day and night.

Such “Zen” culture is highly interested in abroad, and a new accommodation will open
in front of the gate of Eihei-ji Temple in the fall of 2019.
A renewal plan of the surrounding area is now in progress to accept rapidly increased tourists
from abroad and to spend pleasant staying time in the Eihei-ji Temple area.

We seldom see this view in any other places in Japan.
This grand dignity is distinctive of the head temple of “Zen”.