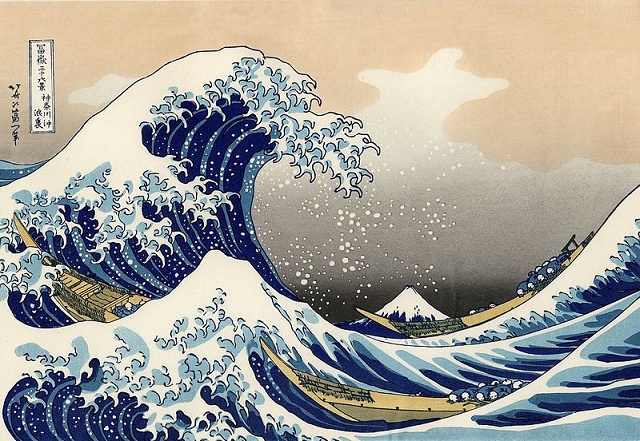 In the largest museum in the world
“British Museum”
located in the UK, the special exhibition for
“Hokusai KATSUSHIKA”
who was an Ukiyoe artist representative Japan, has been held from 2017/5/25 ~ 2017/8/13.

There are about 160 works, especially Hokusai’s last year’s works, and it’s highly evaluated that is
“favorites” and “wonderful”.

By the way, it’s has been passed for 300 years since the end of the Edo period when Hokusai was succeeded.
These works hasn’t been lost its colors and artistic values, but it hasn’t been able to avoid
“compensations of the time”
; papers are being fragile and crumbling by degradation.

It’s a job for
“repairman”
to repair such arts and bring back its brilliance.
At the tatami floored studio in British Museum, Kyoko KUSUNOKI, who is a Japanese repairwoman,
is facing old arts and repairing them to keep them beautiful.

She isn’t only spending her time for repairing, but also teaching overseas students who are coming
from all over the world to learn her technique.

She said that teaching her techniques is saving Japanese arts that existed in the world.

On the tatami in the British Museum, delicate and elaborate works have been done to introduce Japanese arts
to the world, to respect its history, and to protect them.