The charms of Japanese tea and Sado (the tea ceremony)Different Japan viewed from the tea room. 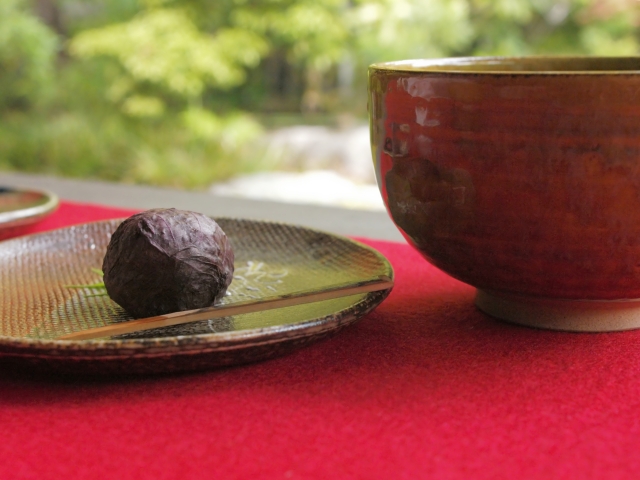 Japanese tea is said
“very delicious”
and
“healthy”
and payed attention from all over the world.
Most of us would drink it.

Speaking of Japanese tea, there are various teas in it, but especially
“green tea”
is very popular in it.
When the tourists from abroad visit Japan, most of them buy a lot of sweets with green tea flavor as their souvenirs.

In 2014
“Matcha Bar (means green tea bar)”
opened in New York, the US and it rapidly became a popular bar.

In Japan, the tea came from China in 804, and actually it was 1,200 years ago.
But it wasn’t spread as the culture because several wars.

In the Kamakura Period, around in 1200, it was spread to the general with cultivation techniques of the tea.

“Sado (the tea ceremony)”
was born and spread by Sen-No-Rikyu who was a
“Chasei (Tea saint)”
and well known as a consummate of Sado.
Before Sado was established, the tea ceremony was done to bring
“tatami mats”
into Zashiki (Japanese formal room).

Then Sado was completed by an original style; it uses simple tea sets at very small Japanese room
with two to three tatami mats, people enjoy tea with the view of the garden seeing from
the Japanese room and spend luxury time.

Sado by Rikyu has been protected and developed as a Japanese traditional culture.

Recently, a tourist plan named
“Sado experience”
is suggested for tourists from abroad to Japan.

When you come and visit Japan, why can’t you experience Sado to taste Japanese tea with seiza
in a real Japanese atmosphere?
You might be able to see different Japan!