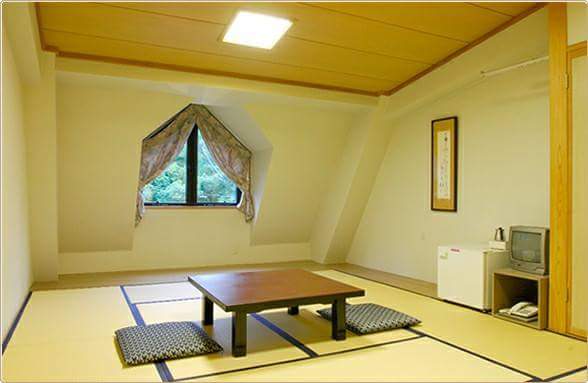 Winter athletes gathered here from all over the world, and played various exciting games before.

And
“Hotel Stella Vela”
at the bottom of the Hakubagoryu ski site got an award from UK
“Luxury Hotel & Spa of the Year-JAPAN 2017”.

At first, it was a small mountain resort hotel with family-run to accept tourists to watch
the Nagano Olympic Games, but its unique inside to appeal
“Japanese taste”
was highly evaluated by people from abroad.
There are European style rooms and tatami floored Japanese rooms as guest rooms.

Especially this tatami floored rooms are popular for people from abroad!
And there are various unique contrivances to feel “Japanese taste”; for example, it received big miso casks,
that a person is able to get into it, to use it as open-air baths.

The price of the Japanese rooms by two guests is ¥16,500~ a night, and the space of this large room
has 10 tatami mats and a wooden floored room.
We recommend this room for people who want to feel easy to stay with own family or friends.
It’s able to stay with five people in a room.