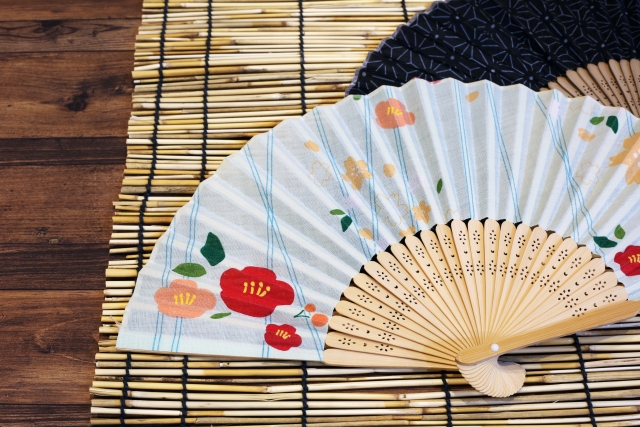 In Kabuki, for an example, it’s used for a scene to talk about the past.
And in Rakugo, it’s used like chopsticks to perform like eating udon and soba.

Sensu has a long history and various ways to use.
In the Heian Period (794-1185), nobles used it as a “memo” like writing poetries and details of public events.

In the Sengoku Period (1467-1568), samurai people carried Sensu made of iron instead of the normal
one as a weapon for self-protection.

Sensu is used to show the courtesy in the Japanese traditional room.
When you sit on the tatami with seiza, you should put a sensu on the tatami in front of you and
make a bow with seiza.

Putting a sensu in front of you means to respect interlocutors.

Sensu is also famous as a traditional craft, so that it’s popular for tourists from abroad.
This item has various ways to use and long history and suits as a “souvenir”.