To be comfortable during the hot, humid summer in Japan  Attractions and functions of the tatami floored Japanese room 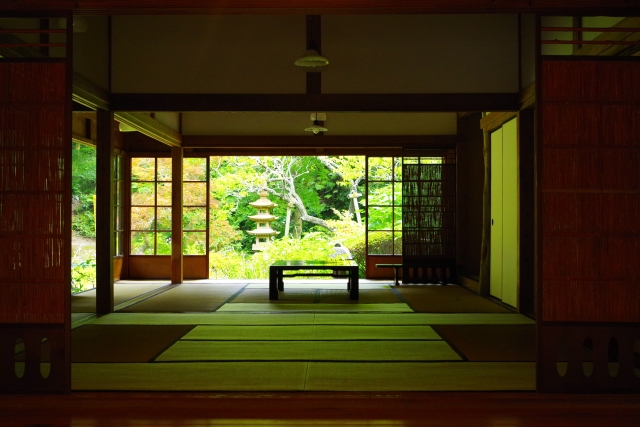 The midsummer has come to Japan, where is located in the northern hemisphere.
It’s the hottest season.

The summer in Japan is high‐temperature and humidity.
As a wisdom to be comfortable during the summer, the Japanese house has been constructed with the woods,
for breathing, and the tatami floored Japanese room since long time ago.


The tatami, the main component of the Japanese house, works as
“the national air conditioner”
by controlling the humidity; it can absorb moisture, and then discharge the absorbed moisture
when it’ll be dry.
Speaking of the tatami, it was mostly made of
“rush grass”
before.

But recently, the durability and healthy tatami is appeared by using the Japanese paper
on the surface of the tatami.
Usually, the green color by the rush grass, known as
“the tatami color”,
looks cool, so it might feel the hotness getting let up.


You’ll be comfortable if you calmly see the Japanese room, that is
“just being there”;
for example,
“the Japanese taste”
through the balcony and the hanging scroll, the shoji that takes in the subdued light
through the thin paper from the outside.
The tatami is the important traditional culture that wants to expand and remain its charms to the world,
not only Japan.