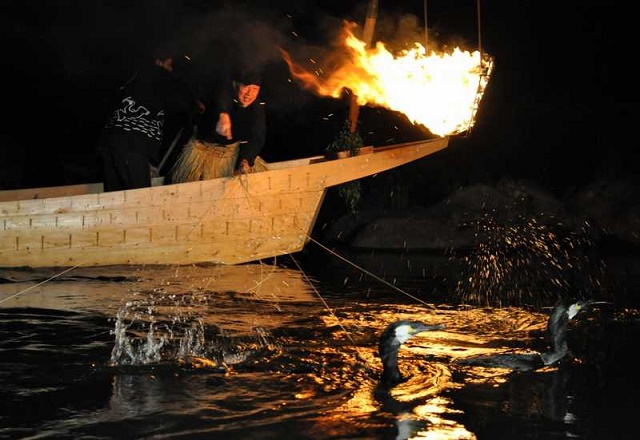 There are a lot of traditions in the Japanese summer.
How many people know one of them
“Cormorant fishing”?

“Cormorant fishing” is a Japanese traditional fishing way that is to fish by the bird named cormorant.
It has been a long history, and written on Nihon-Shoki (the oldest chronicles of Japan) competed in A.D.720.

Now it has been continued like the show for a lot of tourists instead of the way of fishing.

Also in Ohzu city, where is named Suigo, Yakatabune (Japanese house-boat) has been newly constructed
by using the local Japanese cypress and the Ohzu’s Japanese traditional paper to celebrate
“the 60th anniversary for the tourism of Cormorant fishing”
in this year.

This large Yakatabune is fulfilled with the Japanese style like the shoji and the tatami.
And its shingle-roof is able to open and close to see fireworks from the tatami floored seat.

This is a unique traditional experience with the tatami, that is a Japanese culture.
Why can’t you see “Cormorant fishing”?