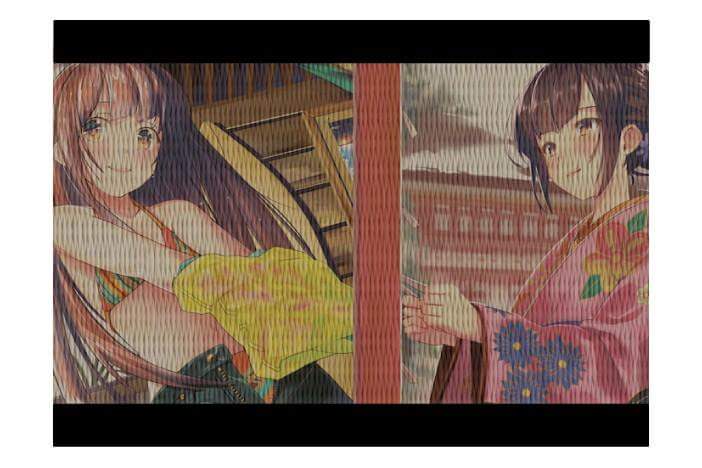 Speaking of Japan, most people might imagine
“tatami”,
“Japanese food”,
and “Japanese tea”.

Recently, such Japanese traditions and current pop cultures like the comic, the cartoon, the game,
and the figure are being appealed to the world as
“Cool Japan”.

“Japan is a country of the geek culture.”
“There are some towns that the geek culture are gathered like Akihabara.”
… Some people are attracted by such points and interested in Japan.

This
“pop culture”
and
“traditional tatami”
are harmonized and created the new products in Japan.
It’s a new artwork; the tatami is used as a campus, and characters of cartoons and scenes of games
are drawn.

This time, the tatami is not only to use for putting on the room.
It’s the place for creators who create cartoons, games, and comics to show their works.

If drawing pictures of current Japanese cartoons or comics on the Japanese traditional tatami and spread to customers abroad, it’ll liven up the Japanese culture.
This idea is put in such a thought.