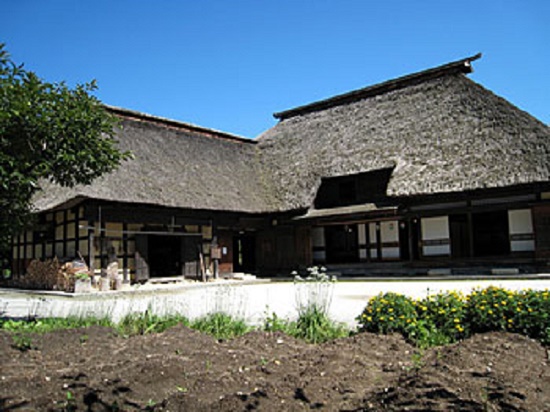 Speaking of Japan, most people might image the Japanese garden with Japanese atmosphere,
the tatami floored Japanese room, the castle, the temple, the festival, and the rural scene.

People might feel
“Furusato (hometown)”
by the rural scene, the mountain scape, the folk house and the Japanese traditional tatami floored house,
and there are fulfilled by calming and healing atmosphere where wants to visit several times.

In Iwate Prefecture, where is in Tohoku (the North-Eastern parts of Japan) and the second largest Prefecture
in Japan, there are a lot of
“old and good Japan”.

There is a historical festival in Hanamaki city in Iwate Prefecture, that has more than 400 years of history, called
“Hanamaki Matsuri Festival”.
It’s famous about the most gorgeous floats in Tohoku and a traditional folk dance called
“Shishi-odori (deer dance)”, that is to dance by wearing a headgear with antlers.

Speaking of Hanamaki, it’s well known as a hometown of Kenji MIYAZAWA, who is a famous author of his works;
“The Night of the Milky Way Train”
“Matasaburo of the Wind”,
and so on.

People can see the growth of the characters in the rich nature and the impressed mood.
In Hanamaki, tourists must visit
“Miyazawa Kenji Douwa Mura (Children’s story museum)”
and “Miyazawa Kenji Millennium Hall” that are tourist spots to feel Kenji’s unique world.

Tourists can be comforting to hear old stories in Tono on the tatami and enjoy the very Japanese moment.

“Iihatobu” was often appeared in Kenji’s works as a
“Utopia”.
It’s said that this motif was coming from his hometown, Iwate Prefecture.

How is the journey to feel “Iihatobu” in Iwate?