From the tatami atelier The proudly traditional culture “Kumano Brush” 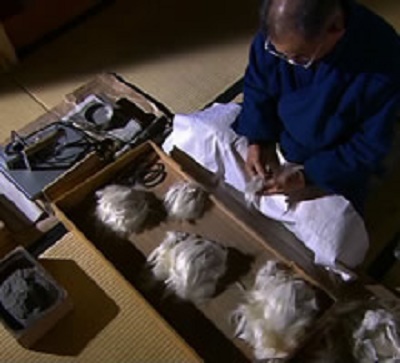 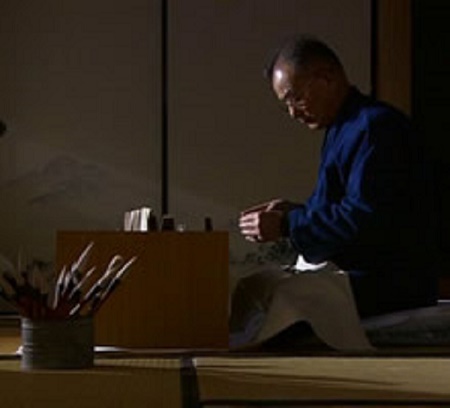 Hiroshima Prefecture is known by the world heritage Itsukusimajima Shrine and the Atom bomb Dome.

Kumano town in Aki district is located in the Eastern part of Hiroshima city, and 10% of the population
take part in the job related with
“brush”
so that the amount of productions about brush like writing, drawing, and make-up in Japan is about 80%
and it’s called
“the city of the brush”.

The Kumano make-up brush is also popular in abroad and it’s used in Hollywood, the city of the movie,
and the worldwide fashion show, so most people might know about this product.

The history of the Kumano brush has started from the Edo Period.
It was impossible to make a living by the agriculture, so they stoked and sold the brush and the ink
in the off-season.

This is the beginning of relation between Kumano town and the brush.
The Kumano brush is designed as
“traditional craft”
and its skills are succeeded till now.

On the Autumn day, September 23th every year
“Fude Matsuri (brush festival)”
is held to praise predecessors’ achievements and pray for developments of the brush.

In Fude Matsuri, various events are held;
for example
“memorial service”
for the used brush, and
“Taisaku Sekisho”
that is to write letters with a big brush on a special cloth that is large as 20 tatami mats.

The Kumano brush is also used for
“Shodo (calligraphy)”
that is to write on the Japanese writing paper by seiza style on the tatami.

At the tatami floored atelier, “brush craft-men”
perfected each brush, rely on their sense of looking and touching.
Their polite and delicate handling is almost the art.

This is the “tradition”.
The Kumano brush must be the one of important Japanese culture that proud to the world.