Both unchanging and changing The charms of the tatami are spreading 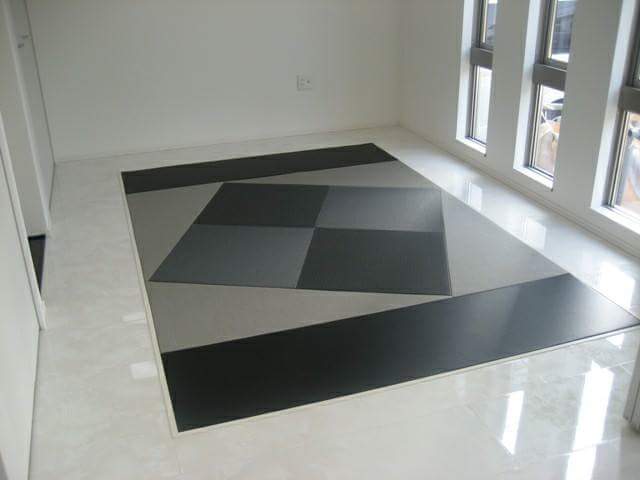 The tatami is with Japanese people as an original traditional culture in Japan.
During more than 1,000 years of its history, the tatami has kept an element of
“healing”
like unchangeable warmth and tenderness, but it has developed to offer
“more comfortable”
by the quality of materials and uses.

Speaking of the tatami material
“rush grass”
has been standard since old days.
But now, various types of tatami have been appeared; for example, the tatami using
“machine made Japanese paper”
that is stronger and sanitary, on the surface, various formed tatami, that is including
elements of the interior, and so on.

The tradition has been still there, but it has developed more modern and stylish as the Japanese item.

Speaking of the tatami, its standard color was green
“rush grass color”
before.
Recently, colorful tatami like red, pink, and blue has been paid attention as a tenderness item
that has been good as a cute accent for kid’s rooms.

Attractions of the current tatami are both
“unchanging”
by keeping the conventional goodness, through leaving from limited originality as Japan, and
“changing”
by developing with lifestyle.

“I like the tatami.”
This opinion will be spread more and more.