The Seiza style, the way of sitting with knees together and the legs folded under the body, is beautiful to see on the tatami. 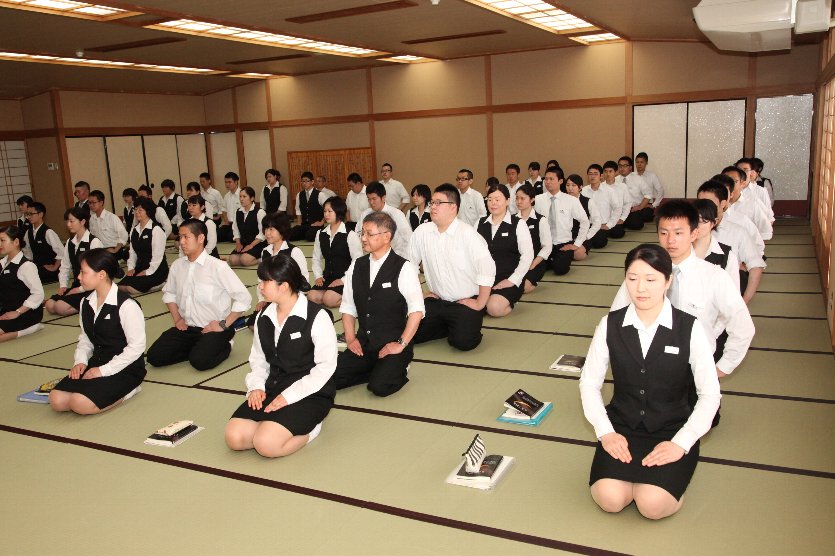 Naturally, it makes back straight because of its style that putting buttocks on the heels.

Because the tatami was not standard until the end of the Edo Period.
The tatami was for the nobles and riches, or putting sleeping place.

Usually common people’ room had been the wooden floor.
If they sit with the Seiza style, it will hurt them.

The Agra style was much better that time.

But the Meiji government decided that the Seiza style was the correct sitting style in Japan
because the tatami became the standard from the end of the Edo Period to the Meiji Period.

This is really easy to try; just attach heals and sit with the Seiza style.
At first, do kneeling position by tiptoes while attaching heals, and then, put buttocks on heels to do the
Seiza style and keep it for 30 seconds.

Why don’t you try the way of beautiful posture in Japan?