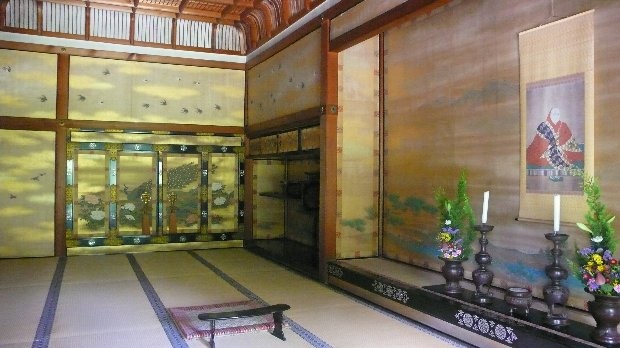 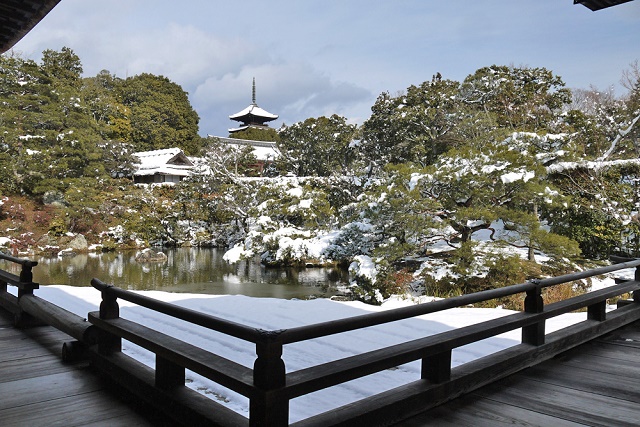 You might know the name of Kiyomizu-dera Temple, Byodo-in Temple, Kinkaku-ji Temple, and Ginkaku-ji Temple.
These are particularly well known tourist spots in Kyoto, where is a tourists place representative Japan.

There are historical buildings named
“Historic Monuments of Ancient Kyoto”
composed with 17 temples, including these popular temples, and castle walls in Kyoto city and
Uji city in Kyoto, and Otsu in Shiga.
These are designated as the 5th world heritage in Japan in 1994.

One of them, Ninna-ji Temple is located in Ukyo in Kyoto city.
It was built in A.D. 888.
Four statues, representing the one in
“Reihodo (museum)”
opening every spring and autumn, are designated as the national treasure.

It’s been also known as a cherry blossom viewing spot since the Edo period, and Omuro-zakura has been
famous that it bloom later than others and picked up in Japanese poetries.

“Shinden (Emperor’s residence)”
was the central building, used for ceremonies, in the palace.
Though it was burned down in 1887, it was reconstructed in 1914.
There is a beautiful tatami floored room with a raised floor with gorgeous decorations.

On the other hands, there are a calmed Japanese room
“Kuro Shoin (black drawing room)”
and
“Shiro Shoin (white drawing room)”
with gorgeous sliding screen paintings suite with the tatami.

The tidy view, seeing from Sukiro (passageway open on both Shoin and Shinden sides), heals people.

There is the luxury time in the world heritage.
It’ll be the winter season and Ninna-ji Temple with the snow will be good to see.