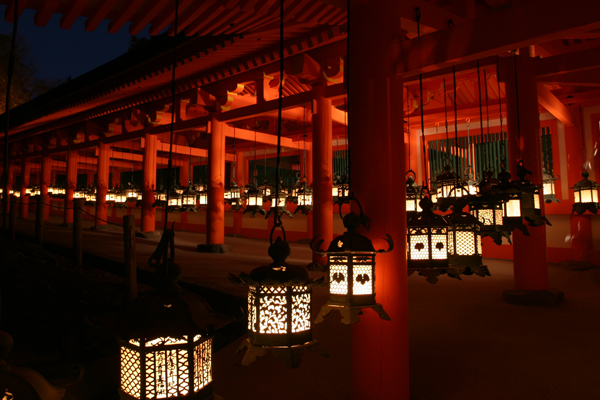 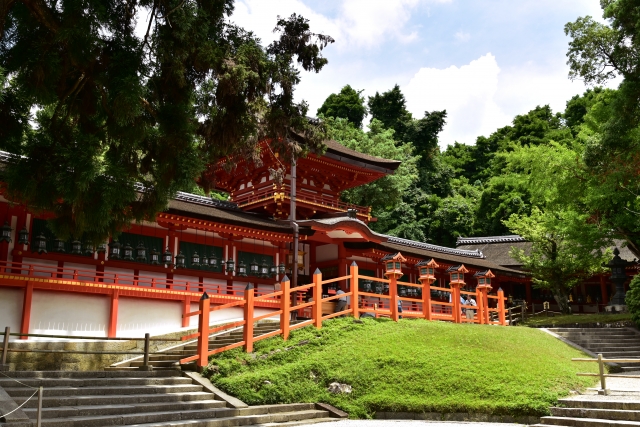 There was a capital city called
“Heijokyo”
in Nara city, Nara before.
“Kasuga-Taisha Shrine”
was built here in 768 A.D, and it was designated to the world heritage by UNESCO as a
“cultural asset in old city Nara”.

In 2018
“special Goshuin (a stamp that is given at a shrine or a temple)”
will be given.
Before such year
“Kasuga Wakamiya Onmatsuri Festival”
that has been held since the Heian Period, was held from 12/15 ~ 12/18.

“Kasuga Wakamiya Onmatsuri Festival” is a majestic festival of Japanese traditional arts like Kagura and
Denraku to pray for the God who temporarily brings out from the shrine building by various foods and arts.
On the road for the God at night, all artificial lights are off so that people feel mysterious and awe from the sound of Gagaku (imperial court music) and the lights in the darkness, and some kinds of invisible overwhelming presence.

Also Kasuga-Taisha Shrine is known for having the most lanterns in Japan, and there are 3,000 lanterns.

On February and August, there are events to light up all lanterns.
It’s sure that people will be impressed by lighting up lanterns with various wishes from various people
in various periods.

“Shinsenkyo”
is a facility located in Kasuga-Taisha Shrine to enjoy shopping and eating in the silent location
before or after worship.
There are large tatami floored rooms
“large sitting room”
and small Japanese rooms so that people can spend relaxing time by stretching their legs on the tatami.

You can be relaxed on the tatami and feel the history and tradition of the old city Nara in Kasuga-Taisha Shrine.
Why don’t you visit here in the celebration year, 2018?