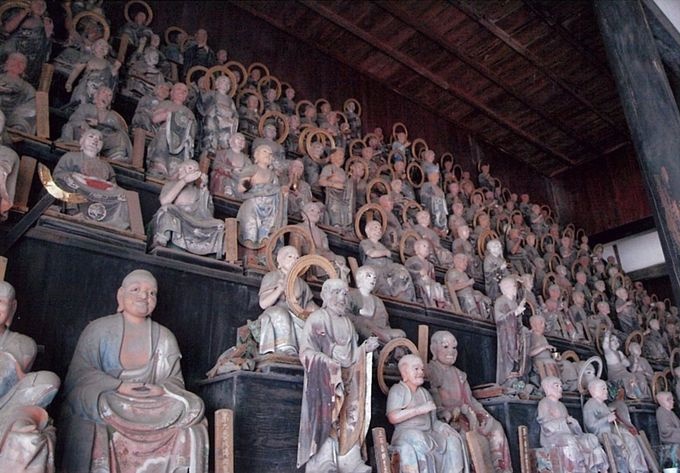 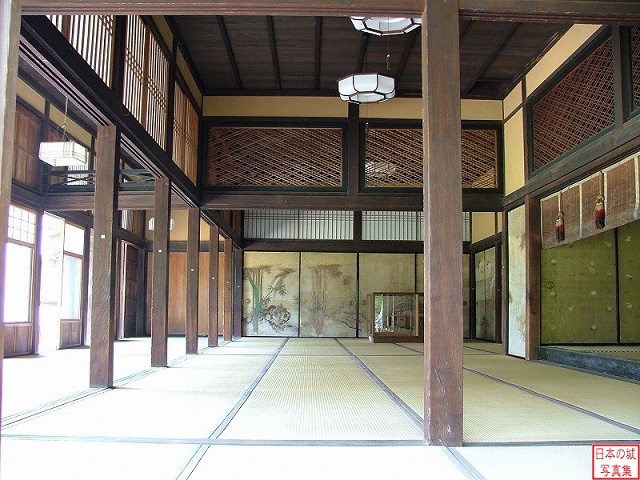 “If you want to meet your dead mother, dead children and dead lovers, stay at Gohyakurakan.”

Rakan is a statue of a priest who wears a stole.
“Tennei-ji Temple”
is located in Hikone City, Shiga Prefecture where has a national treasure Hikone-jo Castle, and there are 500 statues of Rakan made by Busshi (Buddhist image maker) from Kyoto.

You will find the person who looks for because of its number of statues and its expressiveness.

The person who built Tennen-ji Temple and layout Gohyakurakan was Naonaka II, the father of “Naosuke II” who assumed the power in the end of the Edo Period.

He killed a woman who got pregnant a child of Naosuke by his mistake, so that he built it to mourn
this woman and his grandchild.

He put his feelings into Gohyakurakan against this woman and his grandchild.
If you know this story, you’ll feel sorrowful from statues of Rakan.

In Hikone-jo Castle, located in ten minutes by a car from Tennen-ji Temple, it’s necessary to see a garden
“Genkyu-en” and a house for a feudal lord “Rakuraku-en”.

Shoin (drawing room) in Rakuraku-en is a tatami floored Japanese area.
The inside of its room has a unique Japanese room named “Jisin-no-ma (earthquake resistance room)”.
It’s made for escaping from the earthquake, and there are fully worked-out ideas like the ground with an arrangement of stones.

Usually, it was used as a tea room.

There are statues of Rakan, Hikone-jo Caslte, Japanese gardens and historical Japanese spaces.
Hikone has such places to feel charms of Japan.