A popular tourist spot to feel Japan Vol.4 Akuseki-jima Island, an unexplored place with full of faith to God 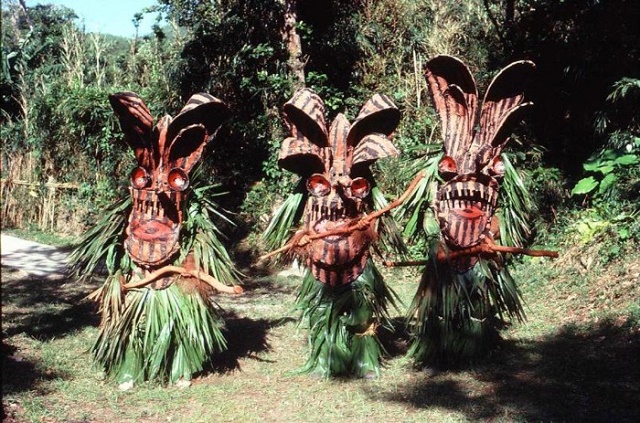 It’s a long village from the south to the north consists of 7 manned islands and 5 desert islands.
Toshima Village is also called
“Tokara islands”.

It takes 6~7 hours in a ship, very far away from the mainland of Kagoshima Prefecture, so that
most people in Kagoshima are hardly going.

One of them, Akuseki-jima Island is a calm and peaceful island.
People in the island say that there is nothing.
A remarkable place is Yudomari Hot Spring that takes 20 minutes in a walk from the port.

There are several hot springs like the ocean-side hot spring that wells up among rocks on the coast and
the sand steam bath that uses geothermal energy, so that people can forget the time in the rich nature and
can be relaxing.

Of course, several guesthouses on the island have former Japanese rooms and tatami floored rooms.
It can give unposed relaxation and calmness to feel Japan.

During
“Akuseki-jima Island God Boze Festival”
July 16th in the old calendar, the silent Akuseki-jima Island becomes lively and a lot of tourists visit there.
“Masked God Boze”
remembers the atmosphere in the Southeast Asia, is appeared to expel impurities in this festival.

Symbolized by this, people in Akuseki-jima Island worship gods several places in the island, and
live there while praying for the peace.

During Akuseki-jima Island God Boze Festival, it’s not able to stay at guesthouses because people in guesthouses work for the festival.
Tourists should stay at community centers or ferries.
Some times ago, the bad weather bothered ferries to leave from Kagoshima, and then, tourists couldn’t go and
see the festival.

Akuseki-jima Island is an explored place being with worship to the gods.
There are a lot of places to go in Japan.