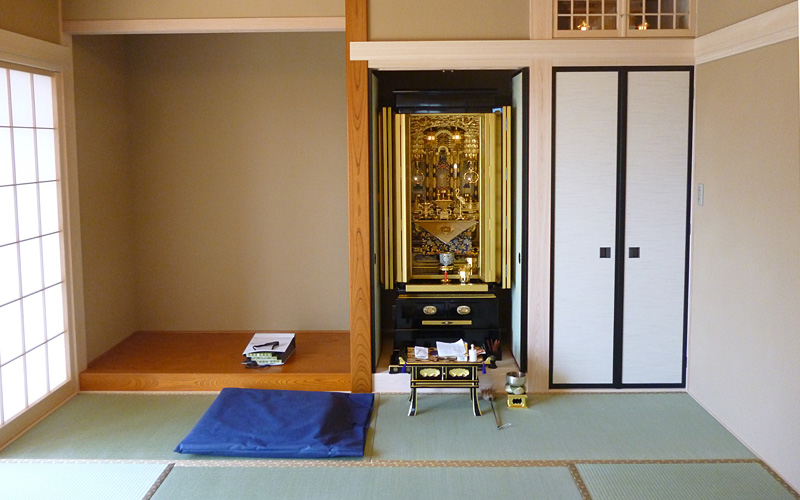 It’s after the first day of spring in Japan, and the spring has come according to the calendar.
Actually, the spring hasn’t yet come, but recently, the daytime has become longer and warmer day has been increased.

Bearing coldness of the winter and feeling pleasure of the spring, living things have been active in this season.

On March 21, it’s a national holiday to worship the nature and living things called
“Spring day” in Japan.

Spring day is deeply related to a Japanese tradition based from the Buddhism that is to honor one’s ancestors.
Spring day and Autumn day are
“Ohigan (Equinoctial week)”
as the
“Middle day”

In Japan, this world is called “Shigan”, and the world for ancestors’ spirits is called “Higan”.
To show respect towards the world of spirits that is in beyond the West, there is an original tradition that visiting to a brave on Spring day and Autumn day when the daytime is the almost same length as the nighttime,
and the sun sets due West.

If you worship the sunset on the Middle day, you’ll be answered.

In this season, most temples hold a memorial service called “Higan-e”, that shows respect to ancestors by praying on the tatami floored main hall.
Also, people worship to their ancestors at home; eating “Botamochi” made from adsuki beans that resemble
“Botan (penny)” flowers because people believe that that red color can avoid bad lucks, cleaning up a Buddhist altar, and offering flowers and confections.

Some family changes tatami mats on Ohigan, and this is a history to maintain the tatami in the Japanese room
to be beautiful as a good opportunity.

The Japanese culture is modernized and still changing, but Ohigan may be a beautiful tradition that wants to
remain to the future.