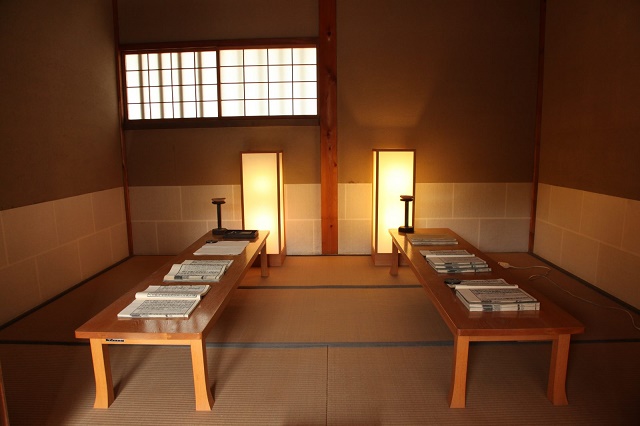 Its appearance was compared to the female since long time, wisteria flowers were often appeared on
the historical books like Manyoshu.
When people from abroad see this flower, it gives them the Japanese atmosphere a lot.

Its flower language is
“welcome” and “steadfast”.
There is a famous theme park as wisteria flowers named “Ashikaga Flower Park” in Ashikaga City, Tochigi Prefecture; it has a 80 meters of tunnel by wisteria flowers, large wisteria trellis that are large as 600 tatami mats,
and so on.

The beauty of wisteria flowers is marvelous, and just as its flower language, it welcomes more than 1,000,000 visitors through a year.
There are eight themes through a year like “Wisteria Story”, “Bejeweled Flower Garden”, and so on.

People can enjoy seasonable flowers there, and it’s very kind that its entrance fee may vary depending
on the condition of flowers.

After being healed by flowers, you should visit the oldest Japanese school called
“Ashikaga School”.
In 1549, it was introduced by a missionary Francis XAVIER, who brought Christian region to Japan.

At that time, more than 3,000 students studied there.
After being closed the school in 1872, it has become a National Historic Site, opened to the public
with the reconstructed garden, and loved as a place fulfilled by the Japanese atmosphere by its appearance,
desks and textbooks on the tatami, and the view from the Japanese room.

Ashikaga is a place to enjoy beautiful flowers and the history of studies in Japan.
From the middle of April to the middle of May will be the best season for wisteria flowers.