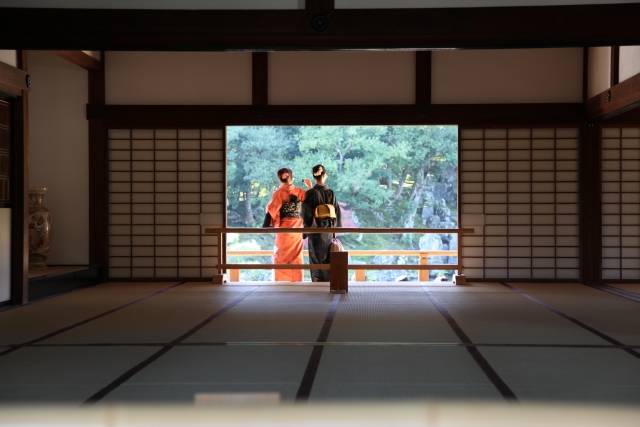 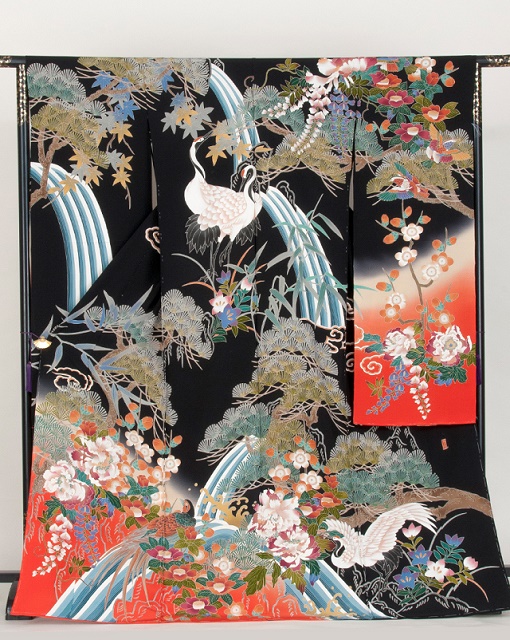 In Japan, 5/29 is Gofuku Day because of its Japanese sounds.
In abroad, old Japanese wears are well known as “kimono”, but most historical kimono shops put up
their signboard as “Gofuku shop”.

From this fact, Gofuku is both an important word and a culture of Japanese people.
Gofuku means a wear made from Kurehatori, that is the cloth from former China “Go”.

Basically, “Kurehatori” meant the silk weave made from a twill weave pattern.
But now, all silk weaved wears have been called “Gofuku” as usual.

The current Gofuku had been expanded in the Edo Period.
“Yuzen dyeing”, representative the current Gofuku, is a technique established by Yuzensai MIYAZAKI,
and it has been succeeded as the most traditional dyeing way in Japan; “Kyou Yuzen” in Kyoto and “Kaga Yuzen”
in Ishikawa are famous.

Gofuku has a high status as a formal wear for Japanese people, and a lot of people wear it in Sado
(tea ceremony), Kado (arranging flowers), dancing classes, and parties.

It’s protected as an old Japanese culture as same as the historical Japanese house and the tatami floored
Japanese room.

The vivid Yuzen is beautiful like a picture.
When you wear Gofuku, you’ll want to put with Seiza style on the tatami and feel the Japanese atmosphere.

There is a Gofuku culture succeeded by Japanese people.
It should be an important traditional craft to succeed forever.