Is it the relation between sweet and sour fruits and learning? Umeboshi in Kitano Tenmangu Shrine in Kyoto 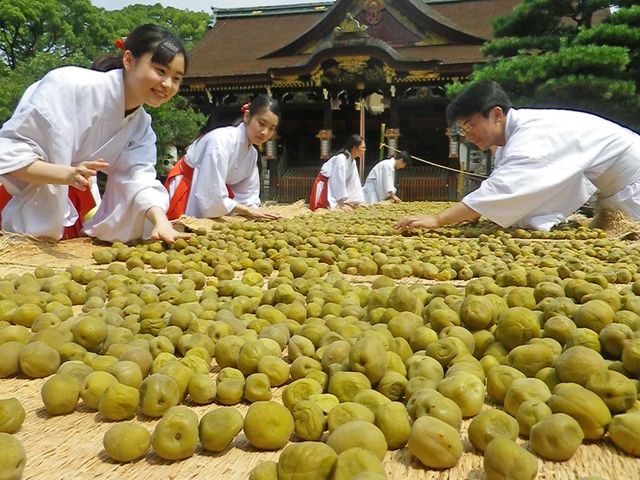 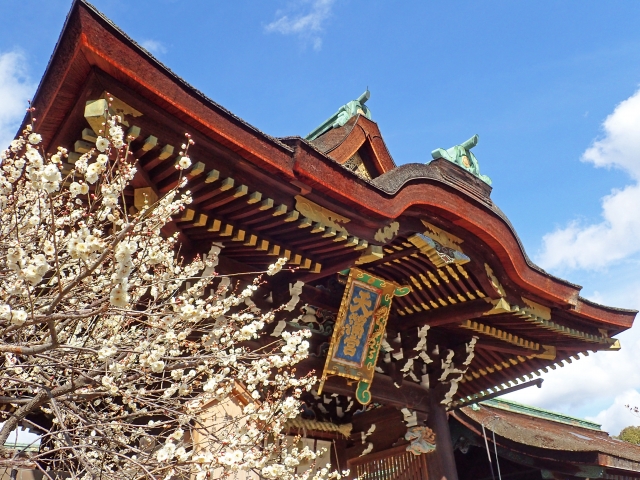 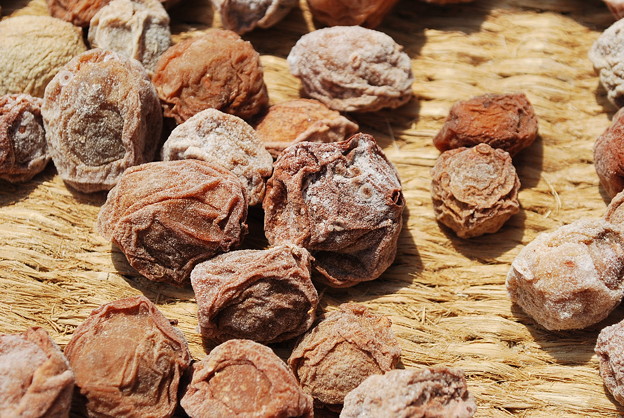 Kitano Tenmangu Shrine in Kyoto is a shrine to worship Sugawara-no-Michizane, who is a literature man and
also a politician in the Heian Period.
It’s the head shrine among Tenmangu shrine that has 12,000 shrines through Japan.

Sugawara-no-Michizane is called Tenjin-sama, and he is the god of learning, heartiness, and avoidance of bad luck.

During the examination season, it’s from December to March in Japan, a lot of examiners and their parents
visit here to pray for.
It’s a popular and standard tourist spot for tourists, and there are entertains in each season.

In June and from the middle of July to the end of August, it’s ume fruits that are planted several places
in the shrine.

Ume is a tree that has a fruit like plums.
From the end of January to March, it blooms pretty pink flowers.

We can’t eat these fruits, because it has poisoned though, it can be a sweet and sour fruit if we get
the poisons out by picking in salt, sugar, and alcohol.
Including citric acid and succinct acid, it’s a food item that can keep our health to recovery from tiredness,
to maintain intestine, and to sterilize.

If you visit there on the sunny day in June, you may see a rare scene that Shinto maidens get ume fruits.

Then, at the last half of July, salted ume fruits are dried up.
Several stands are set in the shrine and Mushiro (straw mats) are put on them, and then, Shinto maidens line
ume fruits up.

About for one month, it’s there till completely dried up.
It’s a rare scene that ume fruits are dried up everywhere in the shrine.

If you’ve ever eaten ume, your mouth would be sour even when you just see them.
A sheet under ume, Mushiro is made by the straw raincoat, a stalk part of the rice, and the rush grass,
a material of the tatami.

We can say it’s a light version of the tatami.
It’s well-ventilated like the tatami, and it can completely dry ume up.

If it’s about to rain, we can roll them up.
In Kitano Tenmangu, ume bathes in the sun on the tatami.

Then, we can buy dried ume on the New Year’s Day as Daifuku Ume.
Putting ume into hot water or tea, we can eat them to pray for good health and happiness for a year.

It’s a lucky tea with an ume flavor.