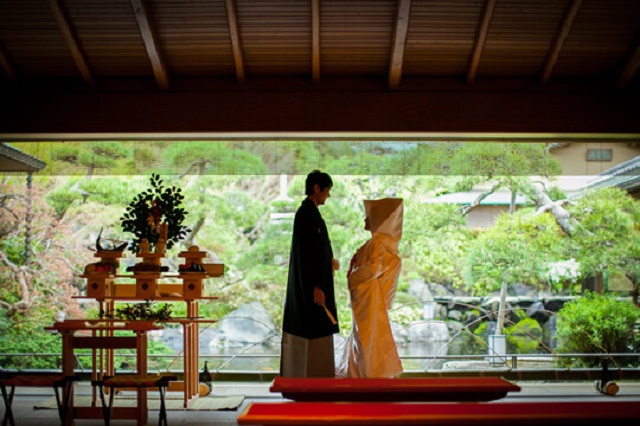 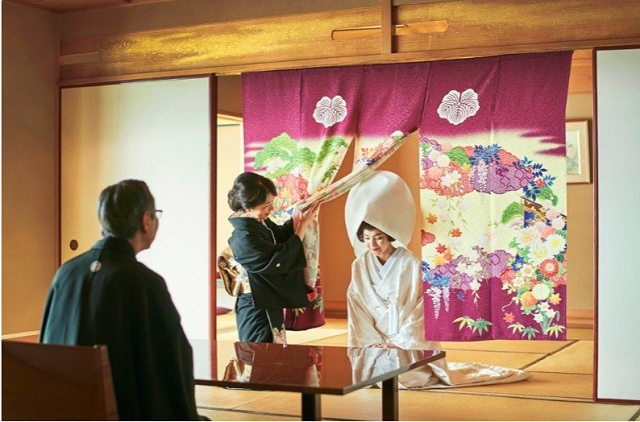 “June bride, the bridge married in June, can be happy.”
Most of you may hear this.

There are various opinions about the means and origins of June bride, but it’s a standard that Juno, the goddess of marriage and childbirth who is a wife of Zeus, the Almighty in the Greek mythology, guards June, so that June bridge can stay happily for like.

Though June bride has come down in Europe from long time ago, even June is a popular in Japan as a wedding season.
A lot of brides long to walk up the aisle by wearing a white wedding dress, but recently, it’s increasing that the number of people who selects “Japanese wedding” as a Japanese.

“Japanese wedding” is a wedding party that has elements of “Japan”;
for example, wearing a gorgeous kimono, having Japanese foods, and holding a wedding ceremony and reception
at the Japanese style place surrounded by the Japanese garden.

It’s popular to do it in a formal atmosphere by Japanese atmosphere and traditions.

Since ancient days, wedding ceremony in Japan was done in the groom’s house;
heartfelt dishes were delivered on the tatami and exchanged marriage vows.

It may be a natural thing to have “Japan” in the wedding ceremony for Japanese people.