Popular tourist spot to feel Japan Vol.40 Osaka “Umeda Sky Building” The observation deck in the sky and the restaurant street “Takimikouji” with the Japanese atmosphere. 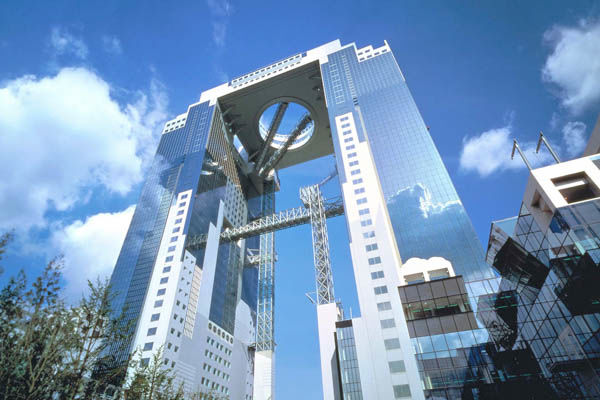 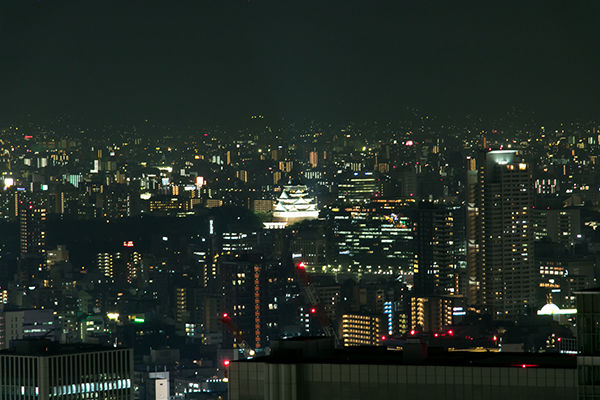 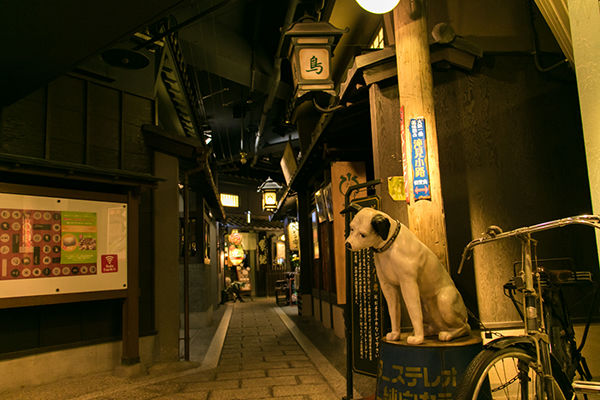 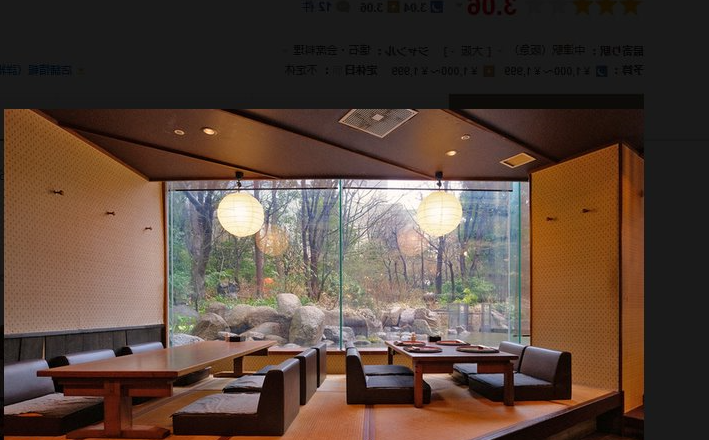 Osaka is one of the biggest city like Tokyo, and its population is more than 8,800,000.
A lot of tourists from both inside and outside of Japan visit here through a year.

For 15 years from 1583, a national special historic site Osaka-jo Castle had built by Hideyoshi TOYOTOMI, a ruler.
There are a lot of tourist spots like Dotonbori, a very famous shopping street, “Nanba Grand Kagetsu”, worldwide entertainments are gathered for all ages, and so on.

A big Ferris wheel locates 4 minutes in a walk from Osaka station, so that it is a very fantastic town to attract visitors.

Also, “Umeda Sky Building”, built in 1993, is one of the tourist spots representing Osaka.
It has 40 floors, 2 basement floors, and 173 meters high.

With historical buildings like the Parthenon in Athens and Colosseum in Rome, it was chosen as “TOP 20 BUILDINGS AROUND THE WORLD” by Dorling Kindersley Limited in the U.K, so that it is a famous building in the world now.

It is marvelous to see the view, able to see very far like Awaji Island, from “Hanging Garden Observatory”, that is open to the sky on the top floor.

Interestingly, about 1,130,000 visitors were foreign people, that was 75% among 1,500,000 visitors to this Hanging Garden in 2017.
It is very popular for visitors from abroad who visited Osaka in Japan.

On the first basement floor and the first floor in the Umeda Sky Building, there is a restaurant street called “Showa Retro Shopping Street Takimikouji”, that has the retro atmosphere like the Showa Period.

There are the stone paved street, stalls with red lanterns, and the retro view to feel retro Japan.

Passing through a shopping curtain, it is luxurious to eat Japanese foods in Zashiki (a Japanese room with tatami mats).
You can spend the relaxing time on the tatami.

As a memory of Osaka, why don’t you experience “Retro Showa Japan” in famous Umeda Sky Building?