Japanese Famous Mountains that want to go at least once The symbol of Tottori A big mountain rises, and Tottori sand dunes expand The most dangerous national treasure in Japan “Nageire-Do Hall” and Misaki-Onsen Hot Spring 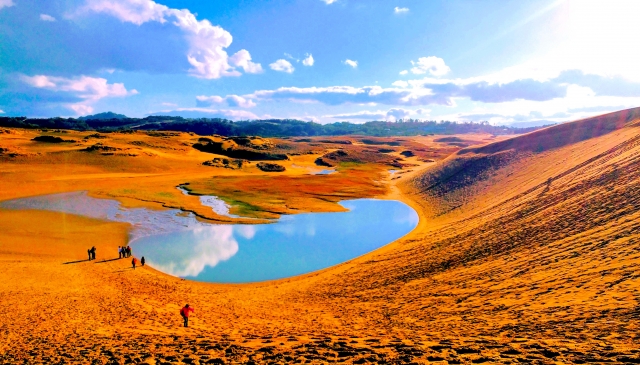 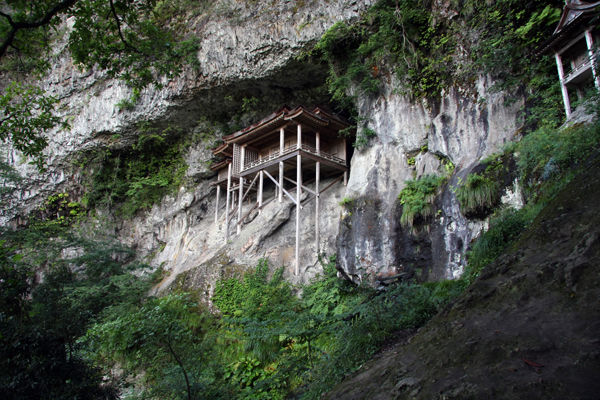 Tottori Prefect, locates in the Chugoku region of Japan, is the 7th smallest area among all prefectures in Japan, and its population is the smallest in Japan.

Because it faces on the Sea of Japan, it is the heaviest snow area during the winter season, but mostly it is the good weather during the spring and the autumn season.
Furthermore, there are the rich nature and a lot of tourist spots to boost to the world, so that a lot of tourists from abroad visit here.

There is Mt. Daisen, designated as the 100 famous mountains in Japan.
Mt. Daisen is 1,739 meters above the sea level, 35 kilometers from the east to the west, and 30 kilometers from the north to the south.
It is the biggest volcano in Japan, and rises as the symbol of Tottori Prefecture.

Speaking of the popular tourist spots in Tottori, representing Mt. Daisen, of course, it is Tottori sand dunes.

There are attractions like being able to ride on a camel, no charge to entry, and the marvelous view that is necessary to visit at least once.

There are more attractions in Tottori.
The famous one is “Nageire-Do Hall in Sanbutsu-Ji Temple, Mt. Mitoku-San”, that is known as the most dangerous national treasure in Japan.

Nageire-Do Hall was built on the precipitous cliff.
It is built in a strange place with an anecdote; the hall built on the bottom of the mountains was made a hand’s size by the miracle and threw in with shouts.

Its road to worship is dangerous, had a lot of accidents, so that it is a dangerous tourist spot only for people who have enough physical strength.
There are some strict rules to visit there; your clothes and shoes are checked, and furthermore, you cannot visit alone for any cause.

But from there on, there is the marvelous view for people who are able to visit there.

Misaki Town in Touhaku-Gun, where Nageire-Do Hall locates on, has a famous hot spring, Misasa-Onsen Hot Spring, where is the best in Sanin area.
Mt. Mitoku-San and Misasa-Onsen Hot Spring was designated as the first Japan Heritage certificated by the Agency for Cultural Affairs in 2015, and it is the area to invite tourists from abroad initiatively.

Misasa-Onsen Hot Spring has 850 years of history, and there are attractions by the tasteful wooden architecture and Japanese atmosphere beyond the gate of the inn.
It is popular to stay in the calmed Japanese room, that is able to enjoy the open-air bath, and people are able to spend relaxing time on the warm tatami.

There are attractions by the rich nature, the mysterious national treasure, and the hot spring with the Japanese atmosphere.
Why don’t you visit Tottori to feel Japan?