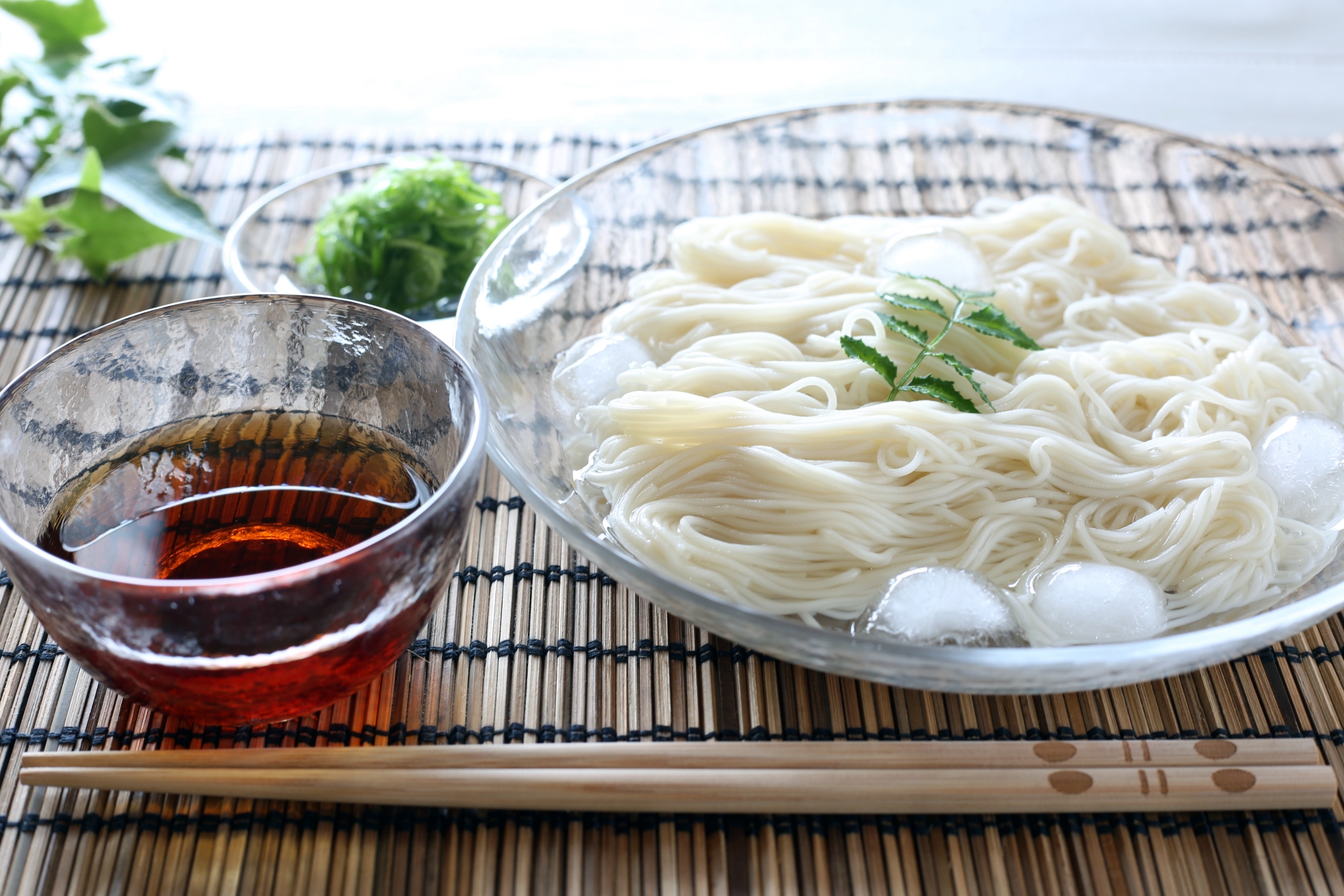 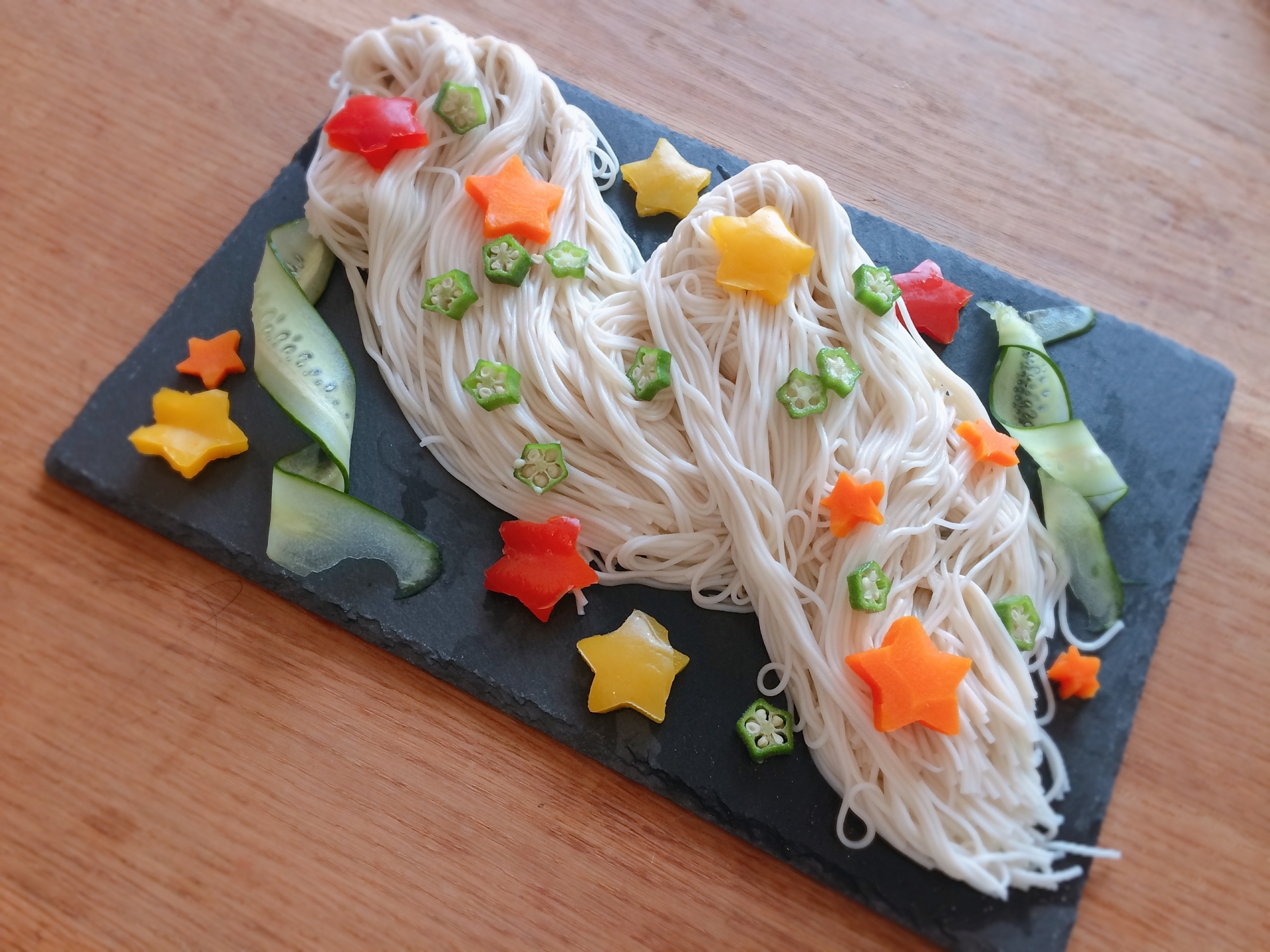 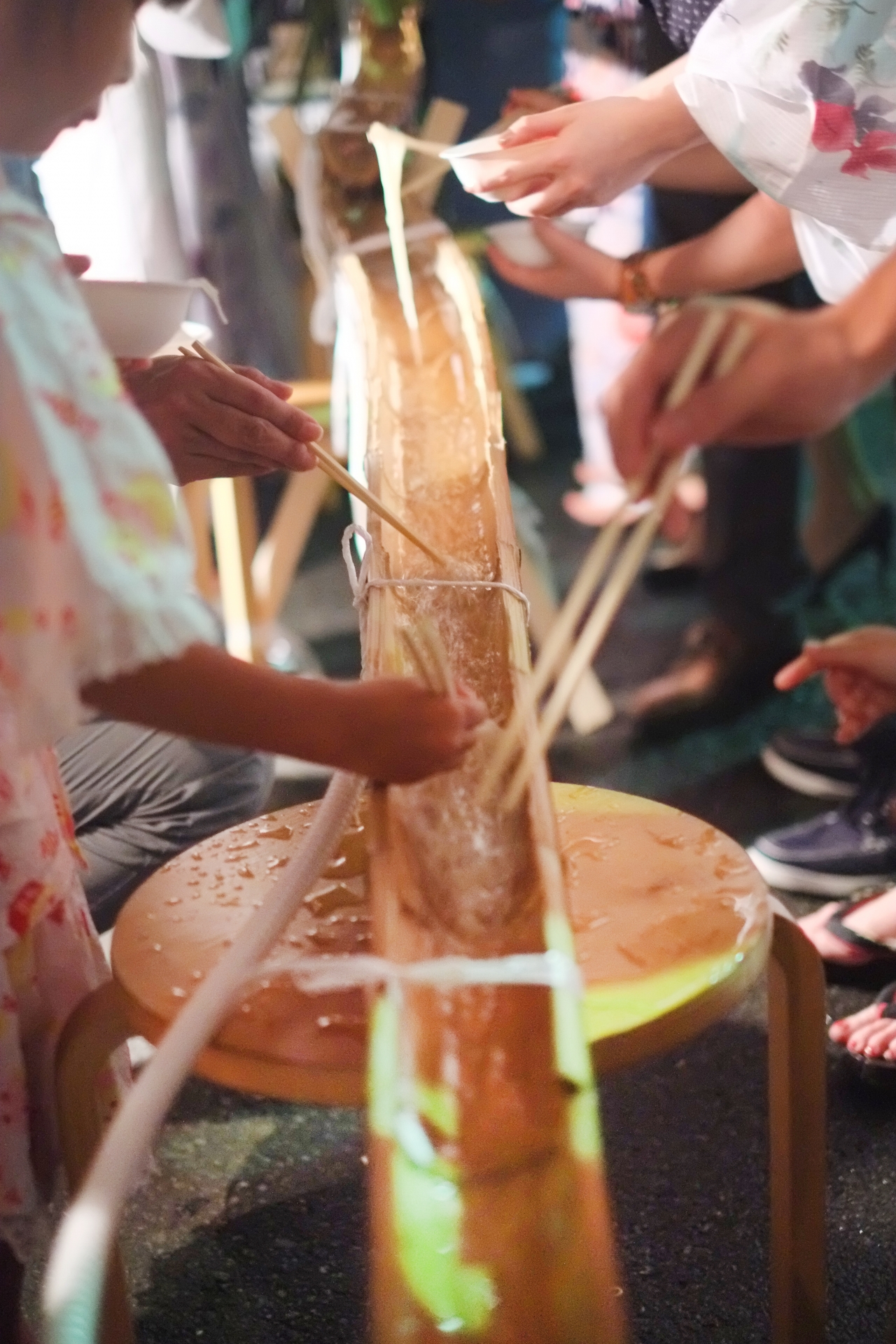 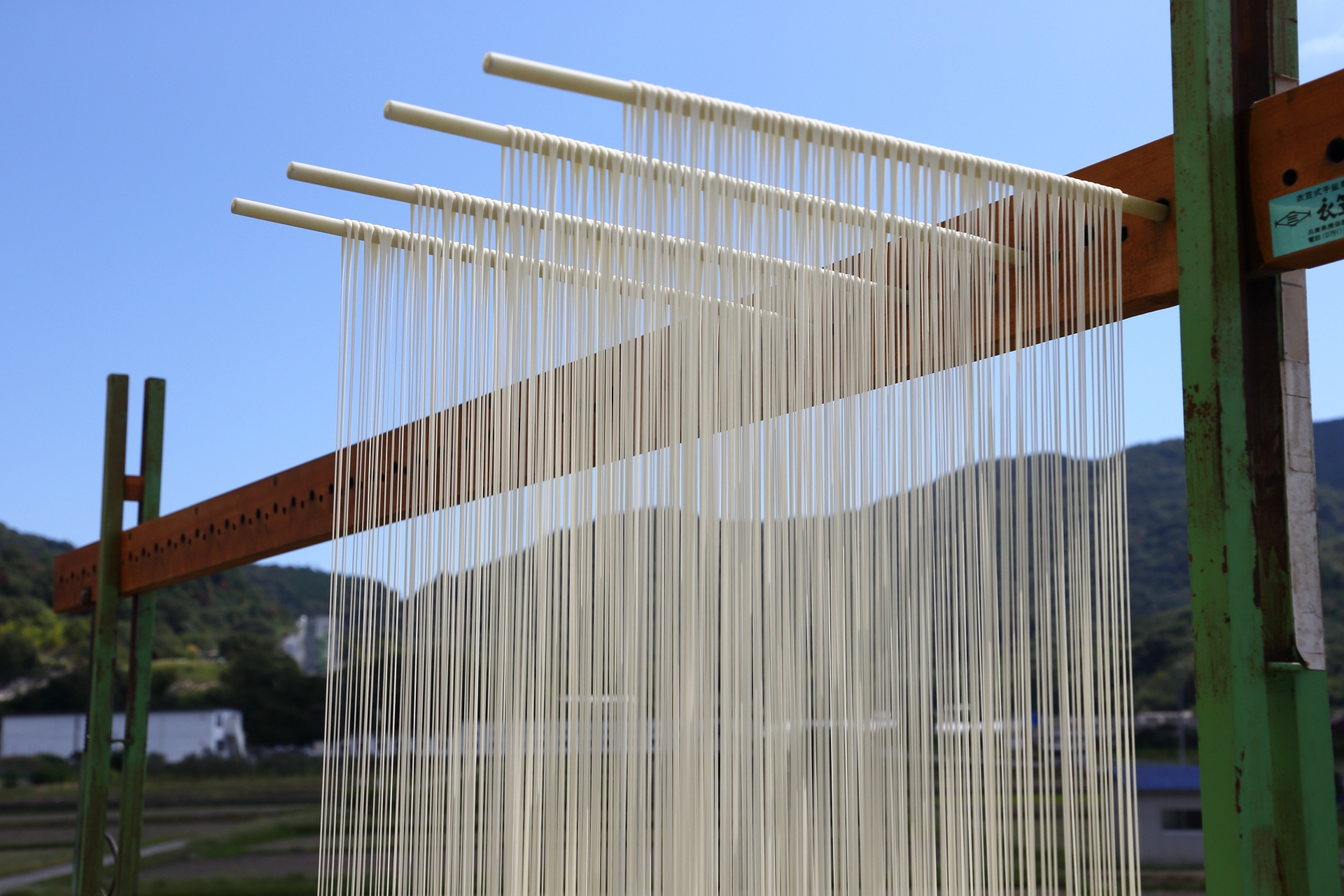 For people from abroad, the summer in Japan is hard for them, especially its moisture.
There are some countries that hotter than Japan, but its temperature and moisture are same, so that it becomes feeling bad.

In September, the humid days are still continuing.

During the summer season in Japan, people eat cold noddles.
It cools every noodle like Soba, Udon, and Ramen.

It may be rare in the world that there are various cold foods.
And Sohmen is the noodle made for cooling among them.

Sohmen is the thin dried noodles that have a diameter of 1mm across.
Making Sohmen has been decided to become the autumn season.

Just the same as Udon, it is made from the wheat flour and the salt.
It smoothed out at first, put some oils and leave them.

Then, it smoothed out and leave them; it is continued several times.

If you compare them, you can get differences of its smooth and firm feelings.

Most people don’t want to stand in front of the fire in the summer season, so that it is a good one.

It is eaten with soy sauce soup with dried bonito and sea cabbage.
Of course, this soup is cold.
Eating Sohmen with this cold soup makes us refreshed.

If you eat them in the tatami floored room where the wind passes through well, you may not need the air-conditioner.

Depends on its ingredients, Sohmen becomes from simple to gorgeous.
Basically, it is with potherbs like licks and beefsteak plants, and you can add cucumbers, tomatoes, boiled fishes and meats, boiled mushrooms, and so on.

The unique way to eat is Nagashi-Sohmen.
At first, cutting long pipes like bamboos, and set them in aslope to pour the water and Sohmen.

Before Sohmen drop out, people can get them with their chopsticks.
The water stream makes Sohmen loosening, cold, and smooth, so that it becomes more delicious.

Above all, getting pouring Sohmen by own chopsticks is very funny.

In the other ways, there are various ways to eat;
worked-out decorations, frying, putting Nikumiso (Chinese meat sauce), and so on.

Sohmen and noodle soup are available in everywhere like the supermarkets and convenience stores.
It may be good as a souvenir of Japan.

When you will give it, you can teach that it seems to look the just dried noodle, but it has the season to eat;
Sohmen is made in the winter season and eaten in the summer season, so that it is the noodle for Japan where has 4 seasons.