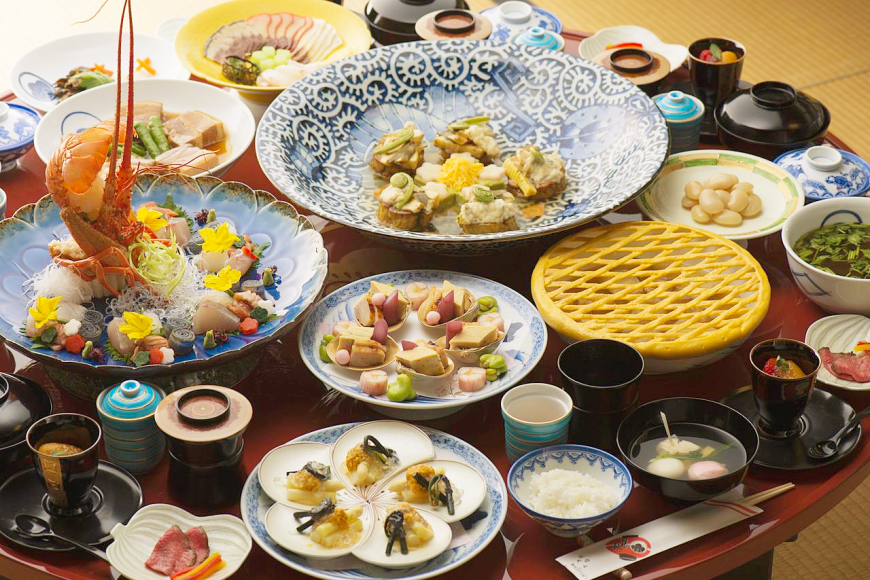 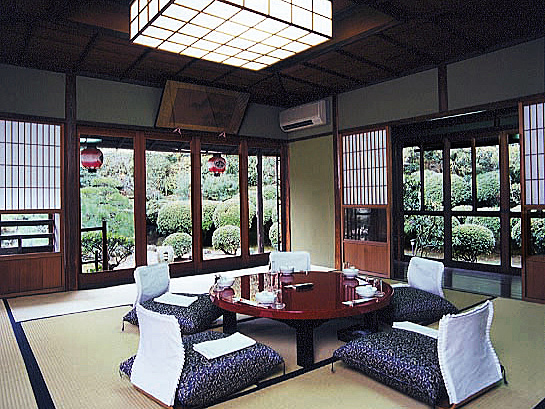 The interchange between Japan and the West has been since 1542; Portuguese ships were cast ashore in Tanegashima by the storm and they brought guns.
And then, missionaries came, so that Japan had been traded with Portugal, Spain, Netherlands, and the U.K.

The pivot of trades was Nagasaki, and a lot of Western people lived in Nagasaki that time.

When Japan closed the country in 1600s’, only the Netherlands and China could trade with Japan.
Netherlanders could be in a special artificial island called “Dejima” only, and they could not get out of the town.

But the culture from the Netherlands and Portugal harmonized into Nagasaki, and original foods were born.
Shippoku Dishes are the most gorgeous cultural exchange foods among them.

On the other hands, there are British pies, Netherlanders sweets, seasonings, and ways to cook;
they remain effects from the West and China.

In Nagasaki, there are various Shippoku Dishes’ restaurants from simplified types to traditional types.
In Kagetsu, a hero of Ryoma SAKAMOTO at the end of the Edo Period, they have still kept their traditional tastes.
The tatami floored room is the Japanese taste.

Why don’t you look for harmonized different cultures with the long history and enjoy various delicious foods?