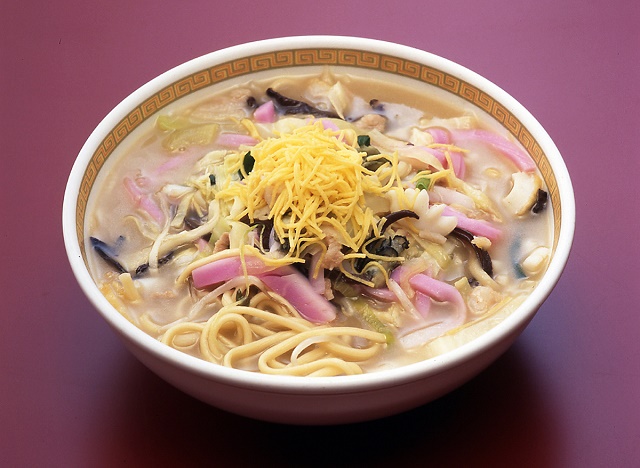 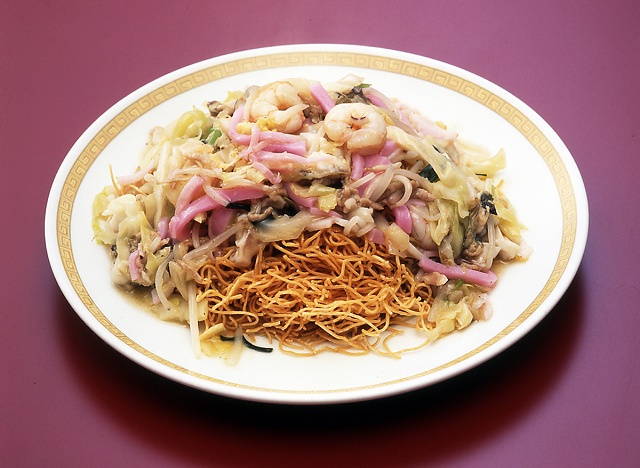 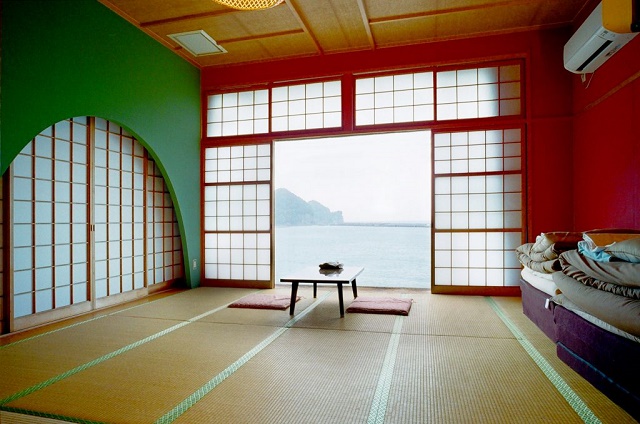 In Nagasaki, soul foods, that loved by people for a long time, have born from the different cultures.

These are “Chanpon” and “Sara-Udon”, both are noodles with a lot of vegetables, meats, and seafoods.
To mention in detail, the Chanpon is noodle with soup, and the pork, seasonable vegetables, seafoods like shrimp and squid, and thicken ingredients with fried fish paste like Chikuwa and Kamaboko are on it.

Sara-Udon is almost no soup, but its ingredients are same.
It is decorated on a flat plate called Sara in Japanese.

It is Udon on Sara, so that it is named Sara-Udon.
There are two types of noodles in Sara-Udon; fried thin noodle type, and thick and soft noodle type.

Some of you may think that it is Ramen.
Chanpon looks like Ramen, but it is not Ramen.

At the end of the Meiji Period, Chanpon was born in a China restaurant that opened by Heijun CHIN, who came from Fujian Province in China.
Its noodle is made of the original way of Fujian Province; it uses sodium carbonate and Touaku soup with potassium carbonate as a pastern instead of using alkali salt water like the standard Ramen.

So, the noodle is a different taste and chewy from the standard Ramen.

How is it different?
Please eat and compare them!

By the way, the word of Chanpon means “mixing various things” in Japanese.
But also, it may come from a greeting in Fujian Province, “Did you eat your meal?”.

Chanpon and Sara-Udon came from China, and it became Japanese foods.
Why don’t you eat them?

In Nagasaki, there are a lot of Chanpon restaurants, and the Chinese restaurant that Chanpon was born is still around.

After strolling the Nagasaki town, you can take a rest in the tatami floored room.