Relax on the tatami sofa, Origami, and Kitsuke (dressing kimono) Why don’t you experience Japan at Narita International Airport? 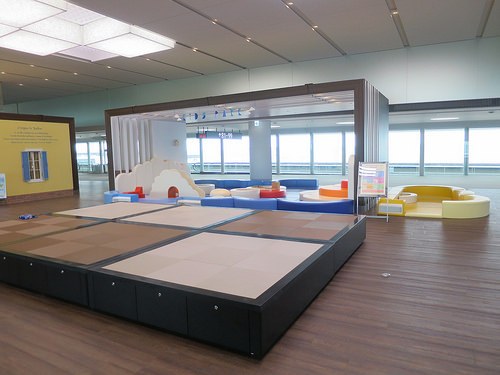 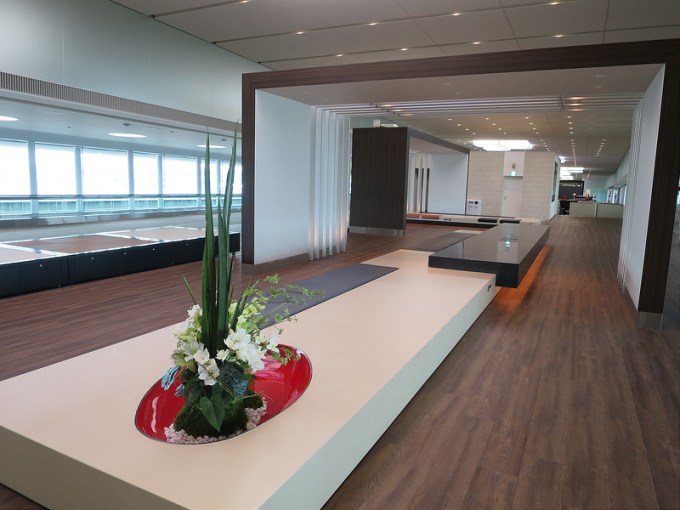 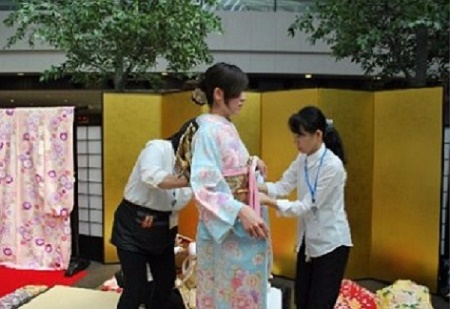 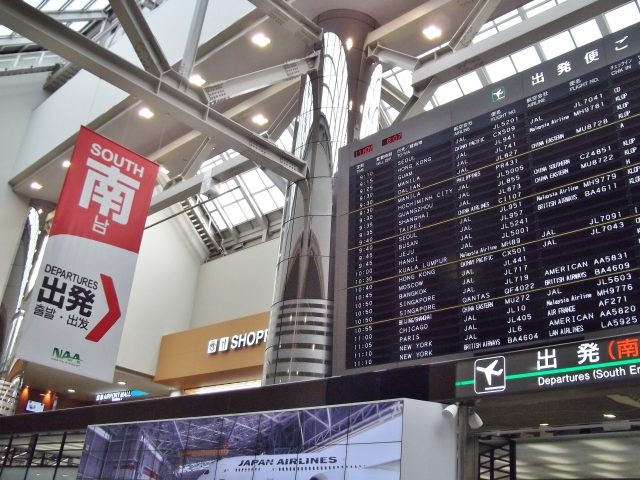 There is a lot of people like Japanese who is going to abroad and tourists from abroad who are visiting Japan, so, at the airport, there are various service facilities like banks, exchange counters, shower rooms, napping rooms, 24 hours use capsule hotels, hair salons, nail salons, and so on.

Also, there are various restaurants like Japanese, Western, Chinese, and cafeteria.
It is good to choose by own taste.

The most popular place among them, it is a space called “NARITA SKY LOUNGE WA”, that is located in the passageway from the main building of terminal 2 to satellite, and it is able to take a rest in comfort with no charge.
This new lounge was opened on 2015/4/24 and there are various attractions; reclining chairs that set on a separated large area by partitions, a joyful kids space, a fashionable gallery space called “GALLERY TOTO” that is unbelievable as the toilet.

The tatami sofa it good point to feel Japan easily.

Also, there is a cafeteria, that is able to eat the light meal, and it is also good to eat on the tatami sofa by to-go.

On the other hands, there are photo spots to experience Japanese views and introduction spaces of great Japanese cultures like Origami, Yukata Dressing on the tatami, Shodo (Japanese calligraphy), and creating Japanese paper dolls and kites.
Japanese culture experience is done every day by changing the content, so please try it when you visit Japan by Narita!