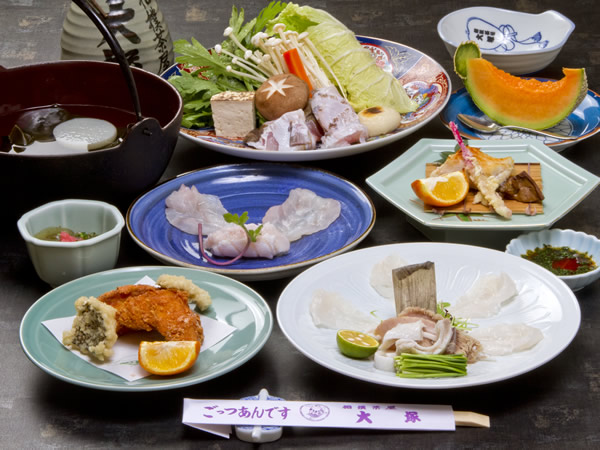 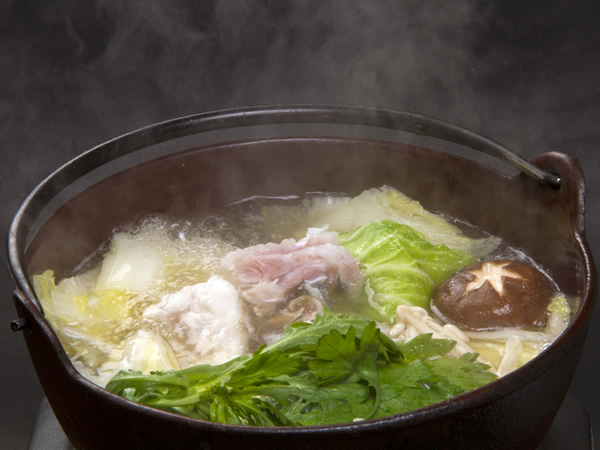 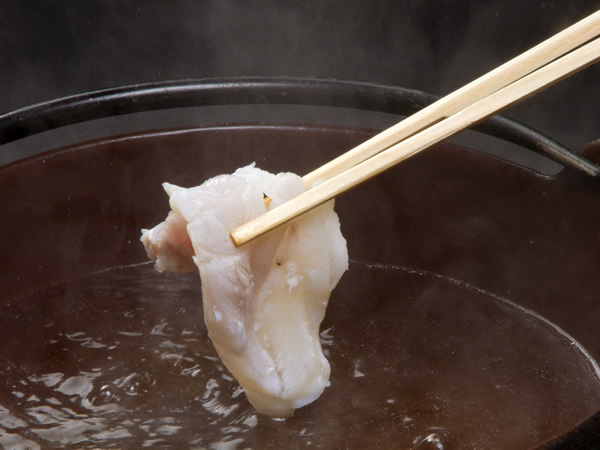 At each place of Japan, there are various hotpot made of local fishes, but Ara (a grand champion the fishes) hotpot is the best among them.

However, not so many Japanese people know Ara because it is a rare fish and often called Kue in some places.

Most people do not know, but Ara is a grand champion of fishes.
This story is drawn in a Japanese comic “Oishinbo”.
It was on TV, so that some of you know about it.
A Yokozuna (the rank of grand champion in sumo) said to the main character in the comic that he wanted to eat Ara hotpot, but the main character made a mistake; he thought Ara meant boney parts of fishes.

At that time, the main character relies on Otsuka in Sumo-chaya, where is an actual restaurant in Fukuoka.

Sumo-chaya is a restaurant to serving foods of sumo wrestlers, and Otsuka is fulfilled by sumo goods in the tatami floored room.

Well, let us go back to Ara.
It is a whitefish and big ones is about 1m.
All parts are useful; its scales can deep-fry, and its entrails can boil to eat nicely.

Then, boil the rough cut Ara with Konbu stock and vegetables, and you can eat them with Ponzu.
It is plump, oily, and rich taste.

The good taste comes from its bones, and supports good taste of vegetables.

Though it is not so cheap, Ara hotpot, rare and a grand champion of fishes, is marvelous taste that is able to proud to the world from Japan.