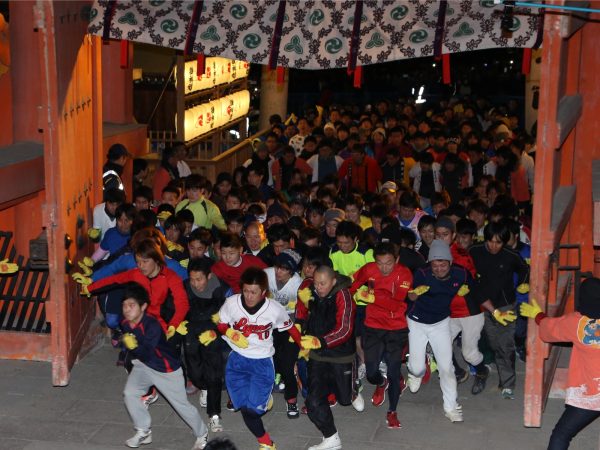 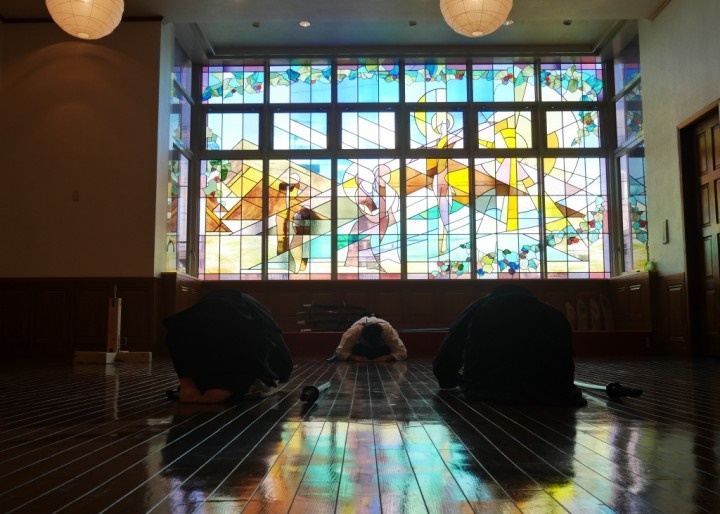 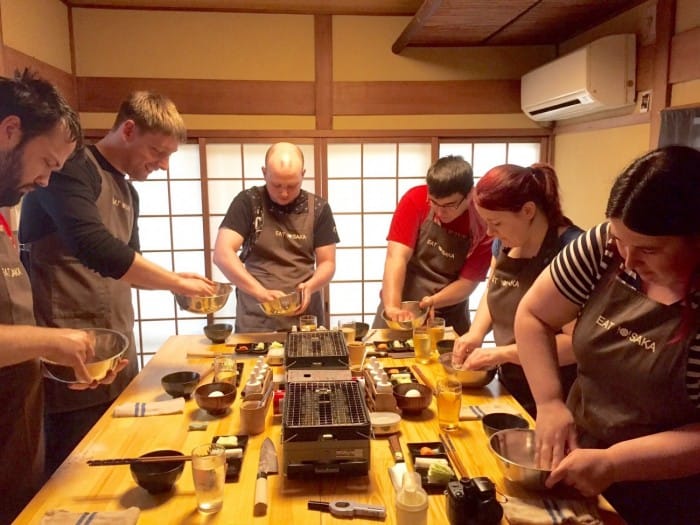 In Japan, there are various events to celebrate the new year.
“Tohkaebisu” is one of them, that is held from 1/9 to 1/11 in every “Ebisu Shrine” in Japan to pray for the good business.

Through good shouts and Ohayashi (Japanese orchestra), Tohkaebisu is given the bamboo with the treasure as a lucky charm.

It is a famous event, especially in the west part of Japan.
Tohkaebisu of “Nishinomiya Shrine” in Nishinomiya City, Hyogo Prefecture, the head shrine of all Ebisu Shrine in Japan, and “Imamiya Ebisu Shrine” in Naniwa Ward, under the Tsutenkaku Tower, are known throughout the country, and a lot of people visit there every year.

In Tohkaebisu in Nishinomiya Shrine, “lucky man race” attracts people every year.
When Omote-Daimon is opened at 6 AM on 1/10, a lot of men start running to the main shrine that is 230 meters away from Omote-Daimon.

This is called “Kaimon Shinji”, and has been spontaneous since the Edo Period.
Because of its novelty and impact, this can be “New Year’s tradition” televised throughout the country.

In order to arrive at the main shrine, the 1st to 3rd prize men are recognized as “lucky men”, and they are given certificates.
In Nishinomiya Shrine, a lot of shops are lined up to celebrate the New Year.

In Tohkaebisu in Imamiya Ebisu Shrine, more than 1,000,000 worshipers visit.
Around the Imamiya Ebisu Shrine area, there is a lot of tourist spot, like the Tsutenkaku Tower, and recently, an experience spot of Japan named “LAST SAMURAI” attracts people, mostly tourists from abroad.

“LAST SAMURAI” can not only wear samurai clothes, but also have real samurai experiences like learning Bushido, cutting mats by sword “Shinken”, and so on.
If you think “I am bored to wear Japanese clothes” or “I want to have unique experiences in Japan”, we recommend you to visit here.

Gentle lights from stained glasses put in the training hall, that was a church before, and it is very mysterious.
Here has “real” samurai experiences.

In Japanese folk house, nearby “LAST SAMURAI”, an activity “Eat Osaka” is held that is able to cook and eat local foods in Osaka.
When you wear an apron in the tasteful Japanese room, you can start cooking!

You can have a conversation with a teacher who speaks English fluently, cook foods, eat them, and so on.
You can not only enjoy the Japanese food culture, but also enjoy unique Japanese experiences.

Also, the tasteful Japanese room will remain in you.

There is “Tohkaebisu”, samurai experiences, and Japanese food experiences to enjoy cold Japan during the winter season.
This is January in Nishinomiya, Osaka, full of activity.